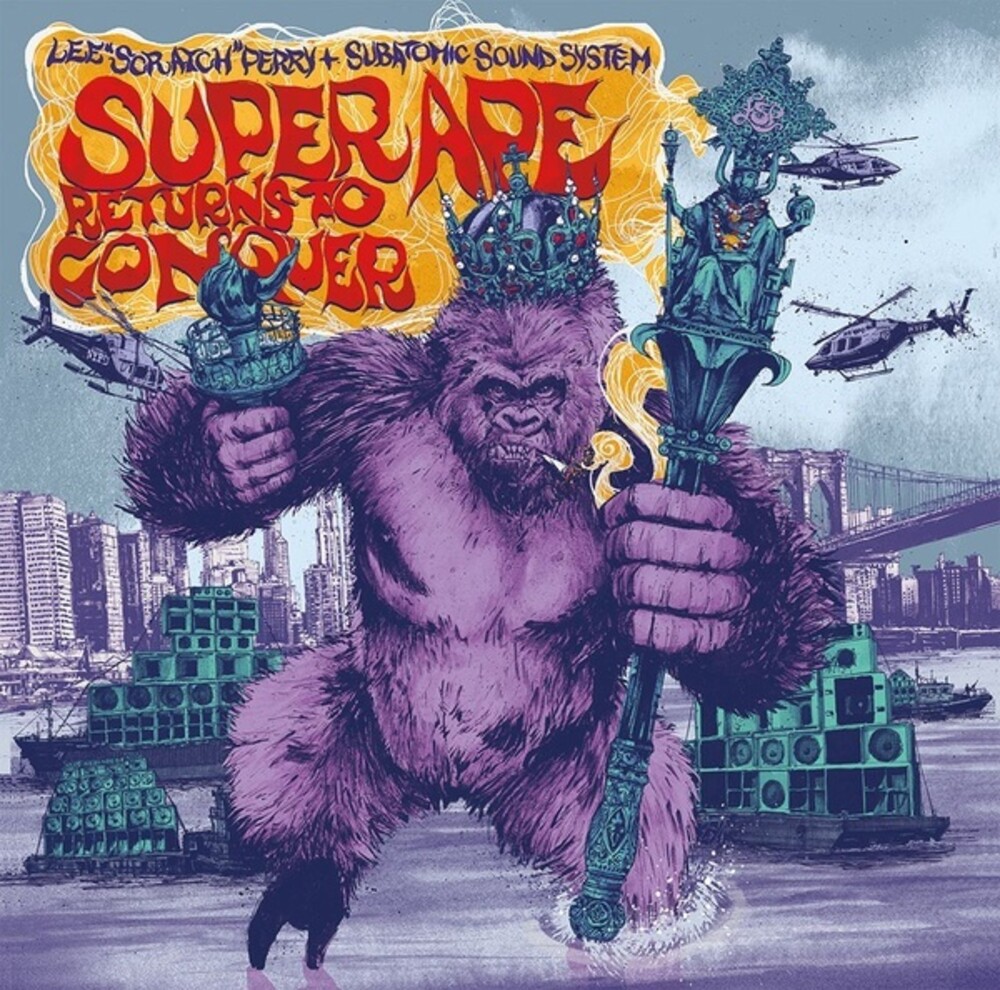 Limited colored vinyl LP pressing. 41 years later, Lee 'Scratch' Perry uses today's sound system to revisit his classic Black Ark album that defined Jamaican dub music, reincarnating the magic for the sound system generation. Big question about it: 'How do you improve on a masterpiece?' Lee 'Scratch' Perry defined dub music with his seminal 1976 Super Ape album, and he returns with New York City's Subatomic Sound System to conquer again, definitively reincarnating the magic of his Black Ark studio in Jamaica, heavy on Ethiopian horns and percussion, while reinvigorating it with the 21st century booming bass and beats that capture the energy of their innovative live electronic show. There are many stories to be told, but this album follows on the mission of the tour which has the goal of reaching out to old fans and new fans. As sound system culture continues to expand globally with reggae and beyond, these are DJ-friendly heavyweight versions of Scratch material that makes sense in the 21st century. 'Scratch' started his music career as a dancer so he loves to get a party started even at 81. The album shows that Scratch was 40 years ahead of his time with Super Ape, and that at 81, he's more relevant to youth culture than ever.