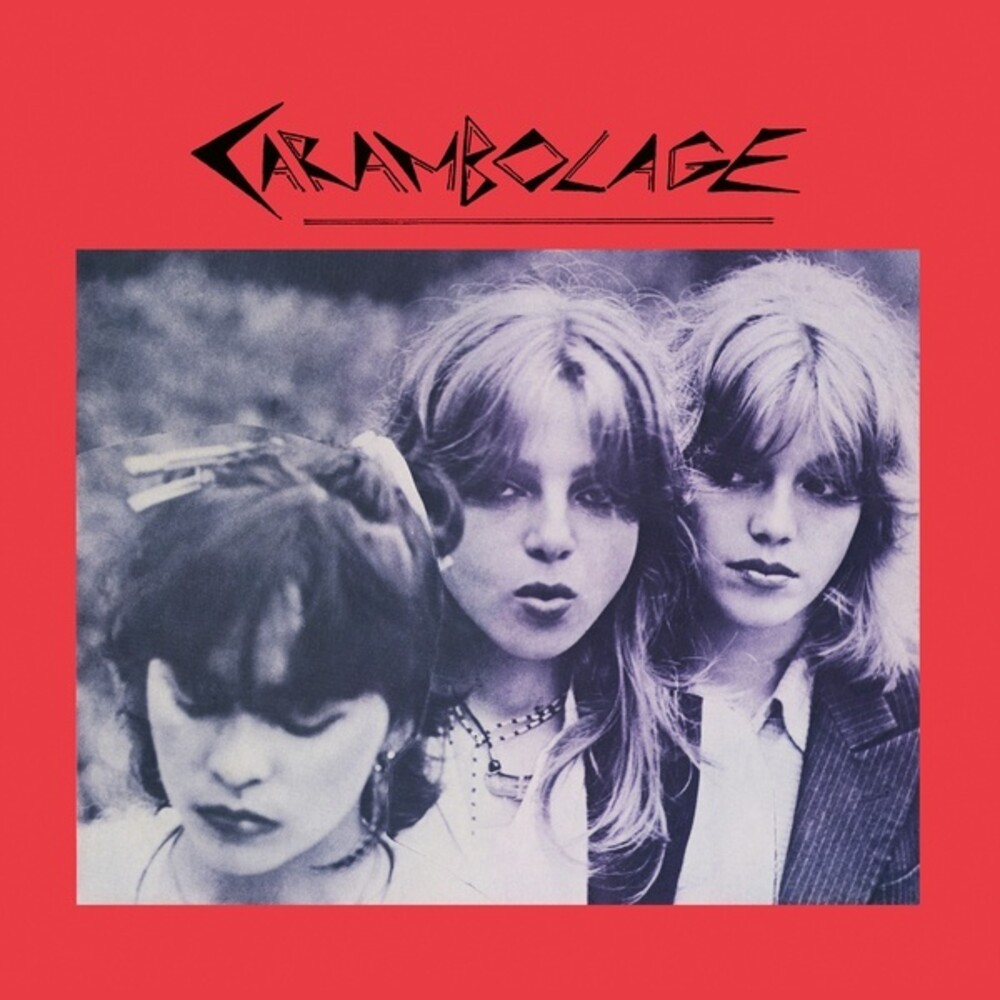 Vinyl LP pressing. Carambolage never set out to be a "girl band" but they were one of the first German new wave bands whose members were all female. The punk alliance comprising Britta Neander, Elfie-Esther Steitz and Angie Olbrich emerged organically from the environs of Ton Steine Scherben, friends united by a common interest in musical experimentation. Britta's passion for the drums ignited in 1974 in Fresenhagen, North Frisia, where she played percussion for Ton Steine Scherben. R.P.S. Lanrue's little sister Elfie-Esther was an obvious candidate. Angie, a child from the streets who joined the commune in 1972, completed the line-up. Carambolage surfed on their very own "North Frisian Wave" - an epithet dreamed up for their distinctive sound. Shortly before her death in 2004, Britta was interviewed by music journalist Tine Plesch and described how the "girls gang" gave them the freedom to experiment and come up with "these really funny, filthy lyrics". There is a childish, subversive charm to the songs, emboldened by the realization that "we could fool around as much as we wanted." Their sound was not the only aspect of the group which resulted from experimental tinkering. Keen to have their own space, away from a male-dominated environment, they used cardboard and carpets to build their own practice room inside an old grain silo. With the first demo tapes in circulation, Burkhardt "Zensor" Seiler organized a gig for Carambolage in the hip Kreuzberg club SO36. At a time when anything that could be labelled "Neuen Deutschen Welle" (German New Wave) was stamped accordingly, the trio played by their own rules. The eponymous debut album Carambolage, produced by Rio Reiser and R.P.S. Lanrue in the summer of 1980 and released on the Scherben label David Volksmund Produktion, could not be constrained by NDW marketing concepts. Instead, the disc was defined by it's "colossal, inventive sound" which fed on Elfie's curiously autodidactic "Fantasiegriffen" guitar style and her "Fresenhagen sparrow" voice, counter-balanced by Angie's organ and inimitable basslines and energized by Britta's relentless drumming. Backed by quirky organ and ragged drums, Elfie spits her lyrics with emphatic simplicity. Once her words are in your head, they stay there. Tracks like "Die Farbe war Mord" hint at a sense of feminist awareness. Carambolage may not have coined the phrase, but "lipstick feminism" became a thing, consciously playing with feminine clichés and hammering them home in performative fashion, rather than boxing them off. Towards the end of the record, vocals and sound are transcended in the monotone shimmer of "22 rue Chenoise".