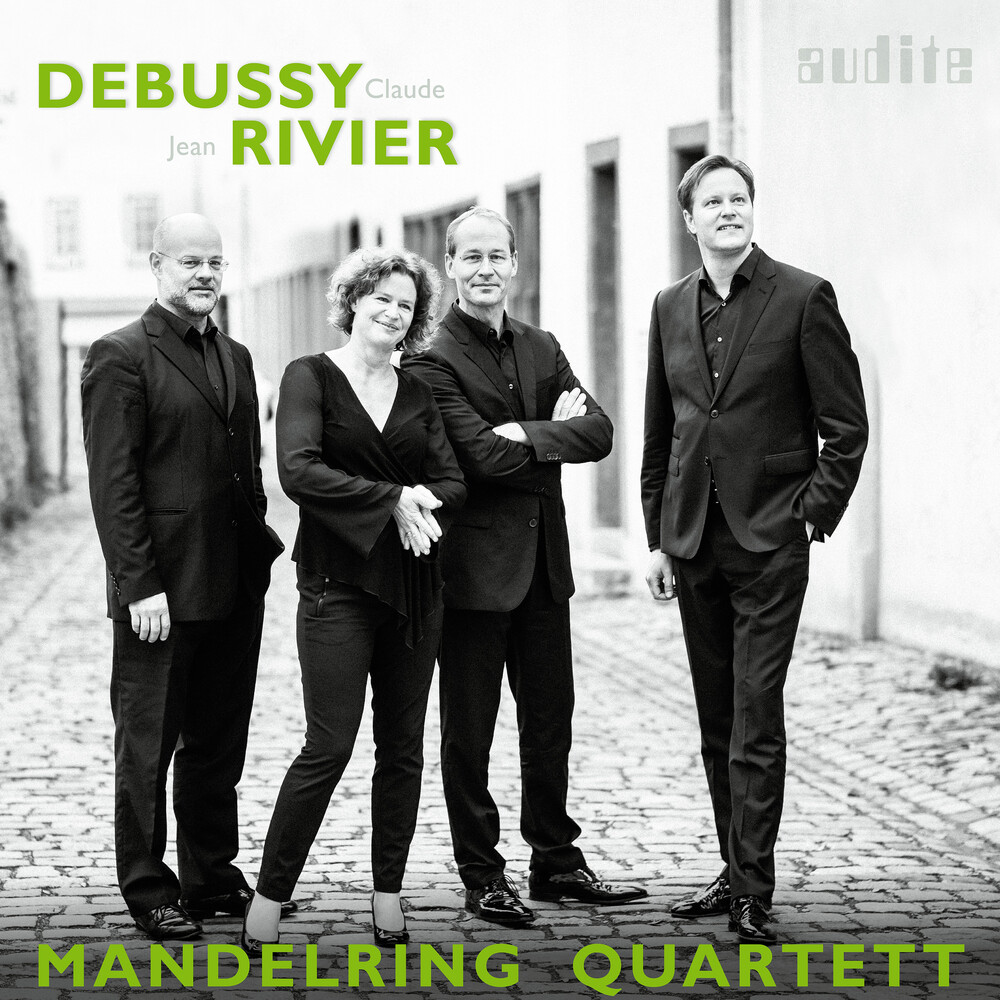 The Mandelring Quartet's current double release is dedicated to French repertoire. The first CD, released in April 2021, presents Maurice Ravel's seminal string quartet and the equally colorful one by his contemporary Fernand de La Tombelle. This second release now juxtaposes Claude Debussy's quartet with Jean Rivier's two sister works rooted in neoclassicism - an exciting combination! The immense variety of colors in Claude Debussy's Opus 10 continues to fascinate to this day. Paul Dukas compared the unusual harmony to a "magnificent, artfully patterned carpet"; chromaticism and whole-tone scales, echoes of Javanese gamelan music, pizzicato and the play with mutes wrap the work in a shimmering sound garment. This "classic" of the quartet literature is followed by a premiere recording of the first of Jean Rivier's two string quartets. The composer, born in 1896 and died in 1987, led a low-key life, "no scandals, no highfalutin titles," according to a 1972 magazine article. Perhaps that's why his name has largely disappeared from the scene - even though he was successful with his compositions early on. He wrote more than 200 works of almost all genres; and although he remained committed to a neoclassical aesthetic throughout his life, his oeuvre is extremely diverse and varied. This is also reflected in the two quartets from 1924 and 1940. Masterly architecture, complex contrapuntal voice leading, richness of contrast and strong emotions characterize Rivier's works. Or as the great music publicist Paul Landormy put it in 1943: "Jean Rivier enchants us, touches us, moves us [...]. But sometimes he grabs us hard, shakes us, presses us, and we are forced to bend to his almost tyrannical will. Let us not complain about this. No art will give us as much as that which subdues us in such a way."