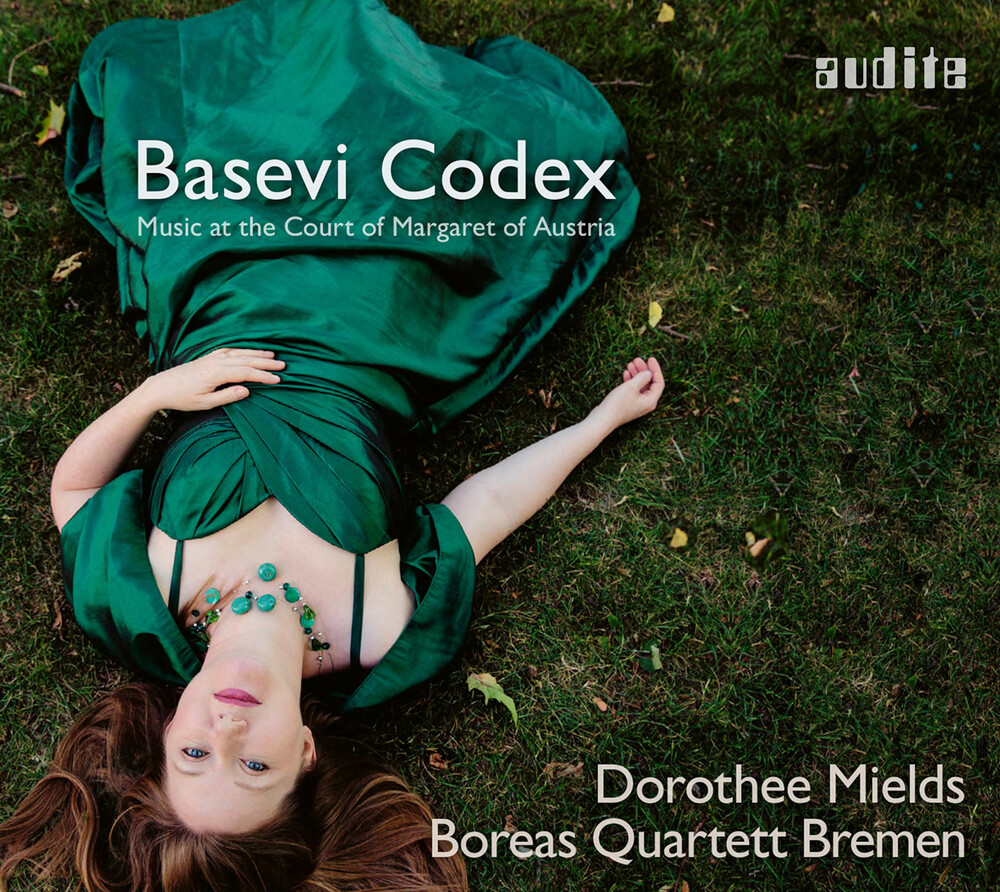 The Boreas Quartett Bremen and soprano Dorothee Mields bring to life a little-known musical manuscript of the Renaissance and present here, among other things, a series of premiere recordings. The Basevi Codex, a collection of Franco-Flemish chansons, motets and mass settings, was written at the beginning of the 16th century in the famous writing workshop of Petrus Alamire. In the style of Renaissance musical practice, which allowed great freedom of execution, the recorder consort, together with Dorothee Mields, interprets selected pieces of the codex, with singing or purely instrumental, and, depending on the character of the piece, also with improvised virtuoso ornamentation. This creates a colorful picture of the music as it was sung and played at the Burgundian-Dutch court of Princess Margaret of Austria in Mechelen. The recording is the second volume of a multi-part audite recording series with recorder player Julia Fritz and the audite debut recording of the Boreas Quartet Bremen.