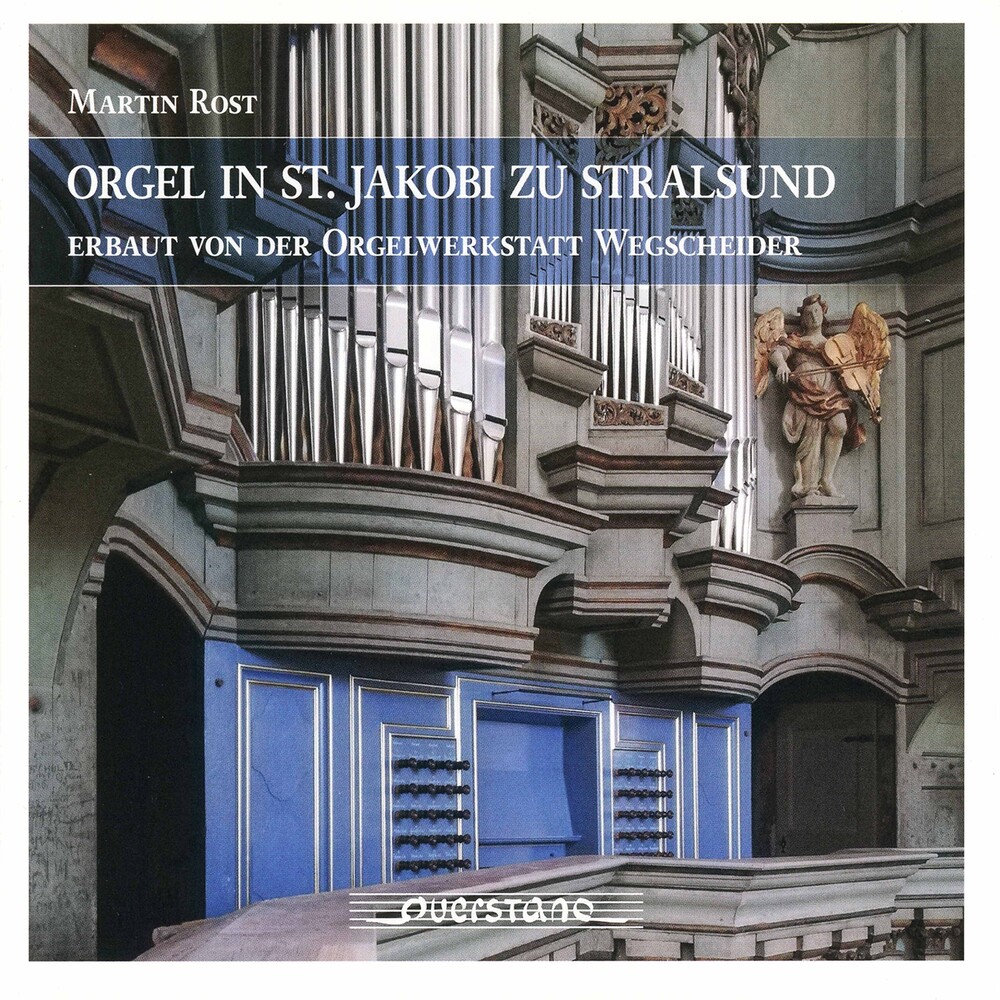 The great Baroque organ of the Jakobikirche in Stralsund, whose original housing we can still see today, was built by Christian Gottlieb Richter of Stettin in 1741. From 1779 until 1783, Ernst Marx from Berlin built a new instrument reusing many components from the old organ, and this happened again when Friedrich Albert Daniel Mehmel from Stralsund built another new organ from 1870 until 1877. In 1945, the Jakobikirche was hit by a bomb on the southwestern corner of the side isle. As a result of the damage, the church sanctuary could be accessed. The organ was robbed of almost all of it's metal pipes and was seriously damaged in all areas. Now the Dresden-based organ workshop of Kristian Wegscheider, also of Dresden, was commissioned to build a new, three-manual organ with 51 voices, consistently using the production methods and timbral aesthetics of the 18th century. It can be said that this organ is both a new and old instrument because it's conception and artisanal production of today is based on models of the best organs of the 18th century. As part of the restoration of the organ, which began in 2017 and was completed in 2020, the case was completely restored and reconstructed in it's old dimensions and structure with all of the old wood carvings as well. The idea for the program of this release - the first one recorded at the new organ - was to choose repertoire of the time of Johann Sebastian Bach and the generation of his teachers and pupils especially suited to the new instrument and to present it with as many compositional forms and registers of the organ as possible. The Chorale Variations by Daniel Magnus Gronau are recorded here for the very first time.