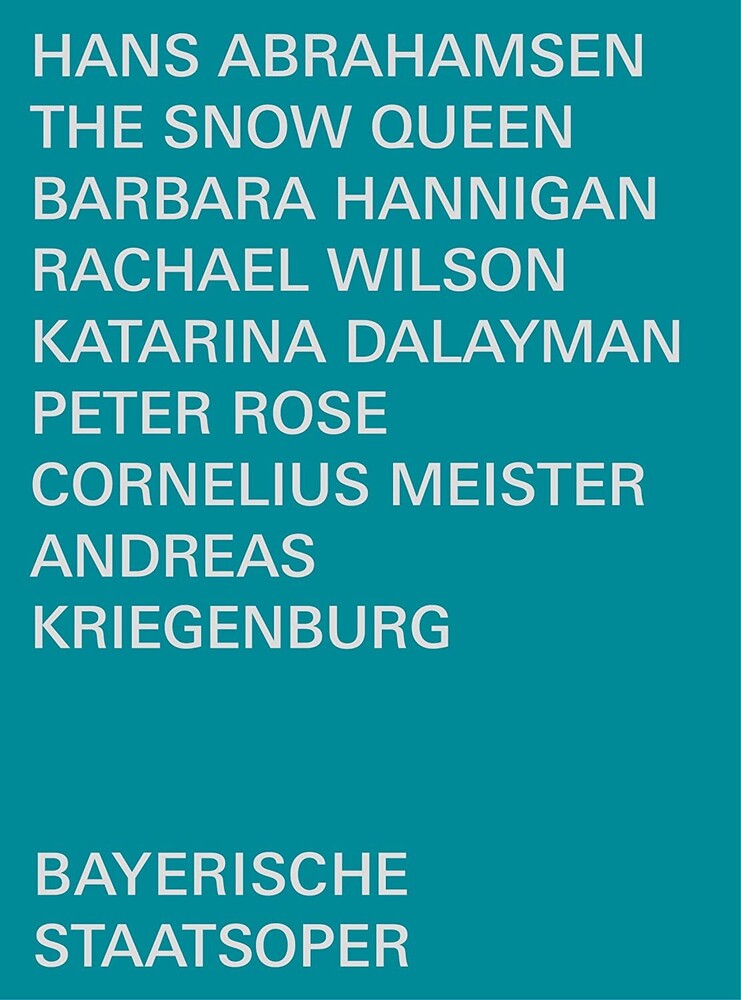 The Snow Queen is Hans Abrahamsen's first opera, composed to a self-penned libretto, based on Hans Christian Andersen's eponymous fairy tale. Following an in-depth study of the topic of snow and a life-long obsession with Andersen's fairy tales, Abrahamsen composed the opera between 2014 and 2018. Hans Abrahamsen's music, with it's smooth transitions and subtly modified repeats, lends the lyrics both depth and lightness. He is keen to point out the range of avenues for interpretation available. " It's possible to read the fairy tale in a variety of ways. It contains many mysteries which are open to numerous interpretations." Accompanying Barbara Hannigan is a top-class ensemble of singers, including Peter Rose, Katarinya Dalayman and Rachael Wilson. Cornelius Meister is the musical director, currently general music director at the Staatsoper Stuttgart. Director Andreas Kriegenburg's production of The Snow Queen is a touching story by adults, for an adult audience, offering a journey into the innermost regions of the human soul. Recorded during the premiere run in the presence of the composer and in close collaboration with him, this release captures an important work of new musical theatre.