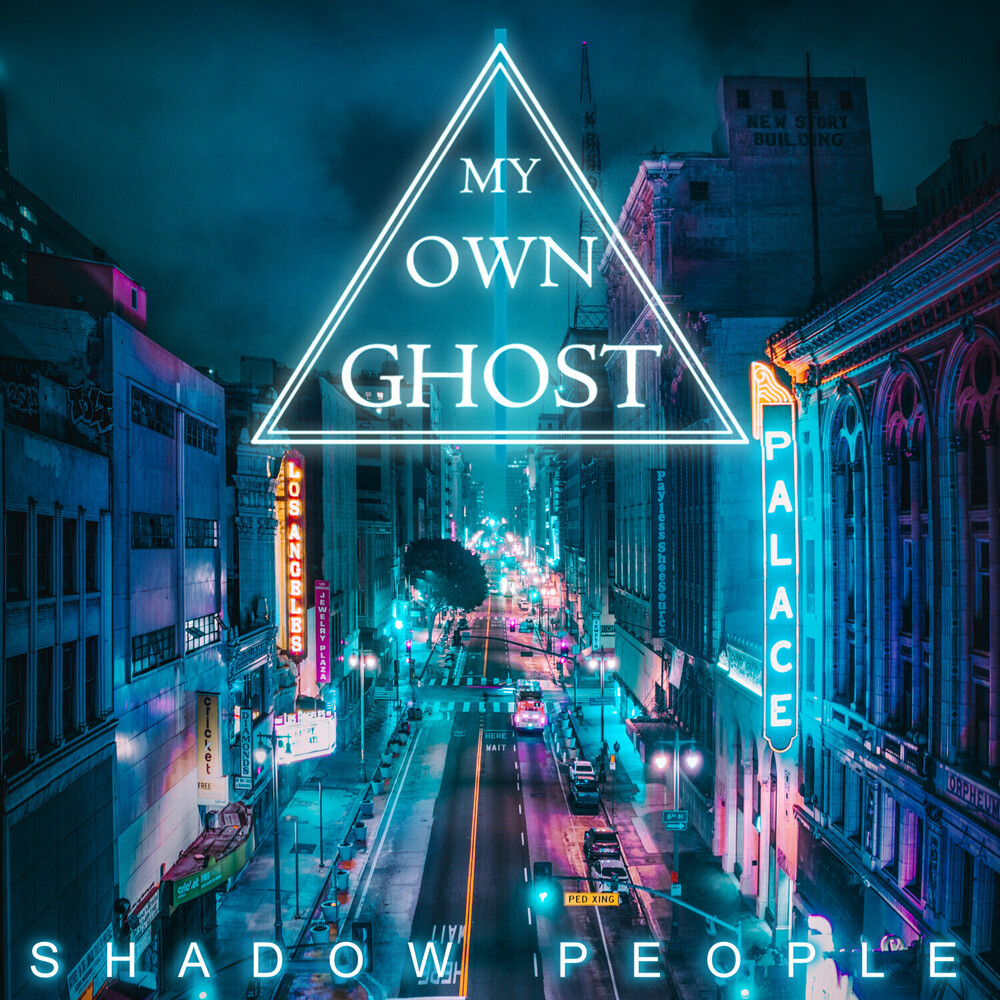 From the beginning, it was clear that my own ghost's third studio album "Shadow People" should be cohesive in terms of original concept: Theme, atmosphere, songs, artwork, video clips... Everything should fit together perfectly, and demonstrate the evolution and progression of my own ghost. Having written and recorded many songs over the past four years, and in collaboration with their producer Hiili Hiilesmaa, the band selected those songs that had the best synergy with the original album concept. "Shadow People" certainly has an urban flair about it - lots of 80's influences, while at the same time incorporating more modern elements, making for a fresh sound. The album artwork too, is the result of lots of research into finding something that would capture the darker atmosphere of the songs. The result was a shot of the Broadway in Los Angeles with neon lights and gloomy sky, beautifully reflecting the mood the band wanted to create throughout the album tracks. "Shadow People" is not a conceptual album, but the 13 new songs certainly revolve around the same theme. The title of the album itself already suggests something darker, and the lyrics confirm this, looking at the darker side of humanity, difficulties in personal relationships and the negative thoughts and emotions that are so often a result of dealing with these sorts of stresses in life. The tracks "DecadenCity", "Black Rose Motel" and the first single "Nightdrive" really delve into the abyss of people's minds. But the band also leaves room for the listener's own interpretation of the lyrics, with the band believing that everyone can and should be able to have a personal relationship with individual songs and lyrics. my own ghost love the contrast on this album between the dark lyrics, heavy guitar parts, melodic vocals and catchy melodies - a recognizable part of the band's signature sound. The term shadow people conjures up the image of a seemingly ghostly, human-like figure. Many believers in paranormal activity experience strange feelings - perhaps another presence in the corner of the room, the feeling of being followed at night, the sense that someone is waiting around the next corner... In an even more modern interpretation, it could be that feeling some people get of being stalked on social media platforms. The resulting feelings can be both oppressive and controlling. This inexplicable presence of someone or something else, is explored in the songs "Shadow in Your Room", "Number 2110" and "Somebody Else's Sky". "Shadow People" is the result of not only a great collaboration with Hiili Hiilesmaa, who gave my own ghost invaluable tips and advice when they worked together with him on their second album "Life On Standby", but also the result of a lot of experimentation carried out over the course of their first two albums, in particular working out which songs worked well on stage to a live audience. All of this has certainly helped to clearly define the my own ghost sound and style, and they have taken this with them into the production of their third album. The album was mixed and produced, again, by Hiili Hiilesmaa at Coal House Recordings, and mastered by Svante Forsbäck at Chartmakers. Svante had also worked with the band on their second album, and they wanted to continue this fantastic Finnish collaboration that had worked so well for the band previously. Unlike before, this time, my own ghost's drummer Michael recorded the drum tracks at Rolf Munkes' Empire Studio. His recording room is perfectly adapted for drums, producing a very warm and powerful drum sound.