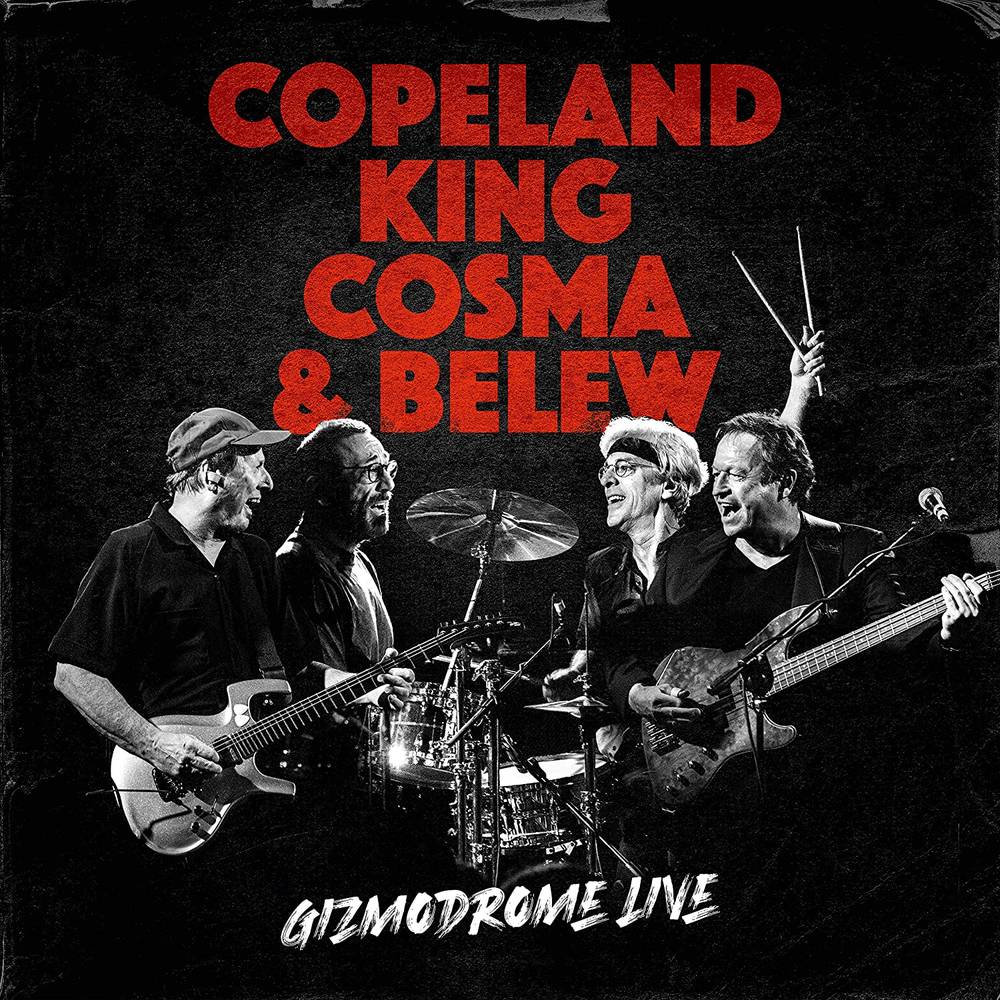 The terms "all-star band" or "supergroup" may be a bit worn in many ways in the general perception, but here the superlative applies in every respect. With their debut album Gizmodrome (2017) it was not a surprise that Stewart Copeland, Mark King, Vittorio Cosma and Adrian Belew, each of them with such diverse talent and musical background, created music that was vibrant, electric and unpredictable. With a collective CV that includes The Police, Level 42, King Crimson, David Bowie, Frank Zappa, Talking Heads and PFM just for starters, they combined the spirit of adventure and camaraderie that characterizes their music - a cosmopolitan blend of progressive rock and a pinch of punk with a heavy twist of avant-garde humor. Right from the start, it was not meant to be a one-off side project but the beginning of something truly unique and exciting. Their first live album Gizmodrome Live builds on the foundation laid by the band's debut and allows for even more unpredictable outbursts of creative energy. It perfectly captures their commitment to this band and the pioneering collaboration.