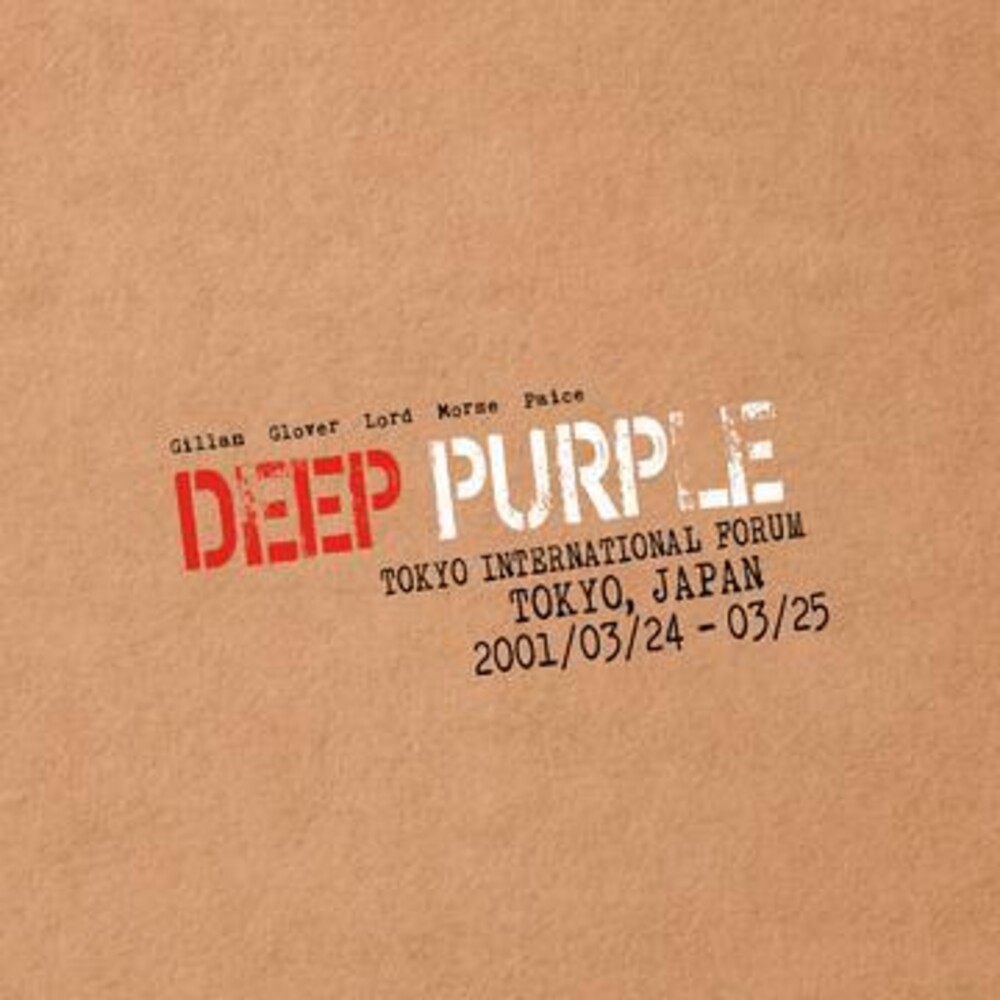 Deep Purple is one of the most influential British rock bands of all time, shaping the Hard Rock scene and inspiring generations of hard rock musicians and fans for over five decades.

With their latest release, "Turning To Crime" in November 2021, the band once again reached impressive placements in album charts all around the world - soaring to the Top 10 in Germany, Poland, Denmark and Finland. All this following the massive success of Deep Purple's last studio-album "Whoosh!" that topped the charts in Germany, Scotland, Belgium, Austria and others!

Their tours are constantly among the most successful worldwide.

THE PRODUCT The Soundboard Series focuses on the last three decades of concerts around the world. While some of the shows were previously available as rare and limited fan club editions, others are concerts from the artist archive, mixed and mastered for the occasion. In each case, great care is spent to achieve the best audio quality.

On "Live In Tokyo 2001" we return to 2001, with Deep Purple touring the far reaches of Asia to ultimately arrive in Tokyo on March 24th for two successive concerts. This live-album brilliantly captures and combines both shows, which are stand-outs in their live-repertoire, into a single album. Deep Purple's stay in Tokyo is unique thanks to a cooperation with celebrated conductor Paul Mann, the Shin Nihon Philharmonic Select Orchestra and none other than Ronnie James Dio. It contains a full-length rendition of Jon Lord's masterful three-piece "Concerto".