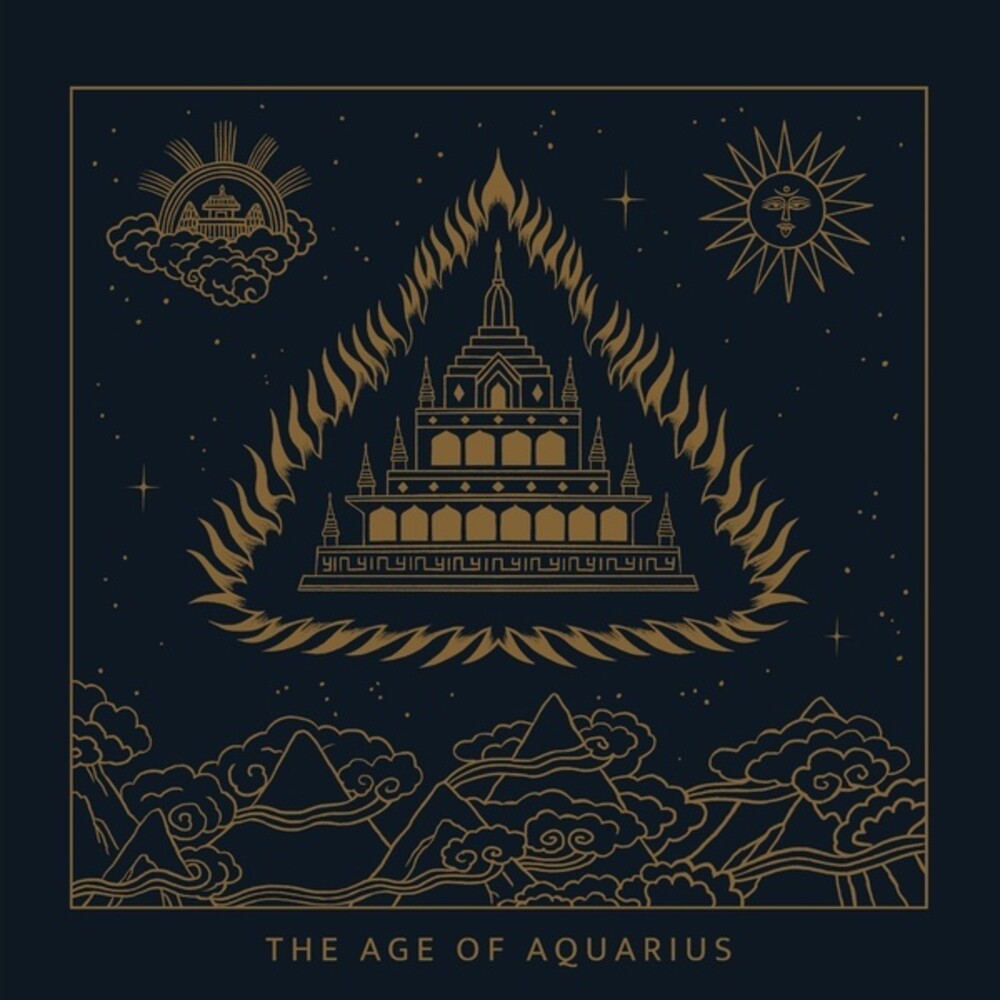 Vinyl LP pressing. Yin Yin's dazzling second album dives even deeper into dancefloor propulsion and space travel atmospherics than their lauded debut The Rabbit that Hunts Tigers (2019). The beautiful, old and somewhat staid city of Maastricht, where the band is based, isn't really conducive to setting up a bustling music scene: and it's a place where the outsiders quickly recognize each other. Yin Yin are all "nightlife people", which meant their friendship initially came about through co-organizing and deejaying DIY parties. Things started to move for real when Yves Lennertz and Kees Berkers decided to make a cassette tape that drew on references to Southern and South East Asian music. Once the idea was formed, Lennertz and Berkers wasted no time in taking "a lot" of instruments to a rented rehearsal room in a small village near Maastricht. They asked friends to help out, and they became a full band: with Remy Scheren on bass, Robbert Verwijlen on keys and Jerome Cardynaals, and Gino Bombrini on percussion. A "united against the world" stance is also heard at the end of "Declined by Universe". It's a funny, maybe surreptitious statement of belief in what they do. Yin Yin also wanted to create an illusion of strength in other ways: "Declined By Universe" sounds as if there is a large group of people playing, not just the core band. Nods to brilliant, invigorating dance music abound, some of the thumping beats in numbers like "Chong Wang" the title track and "Nautilus" drop some thumping 1990s-style electric boogie and Italo disco chops along the way. Then there is "Shenzou V.", which plots a stately course between eastern-inflected pop music, Italo, and Harmonia-style electronic meditations. The expansive richness in sound and feel may be down to the fact that more samples, drum computers, and synthesizers are used on The Age of Aquarius than in their previous records, a process that intertwines with real-time playing in the studio. "Faiyadansu", for example, started with a sample found on an old traditional Japanese koto record. Cosmic appropriations of time also crop up in the titles, which may give the lie to some of the band members' preoccupations with the state of the world. An old trope musically the Age is most famously referenced in the hippie musical, Hair. Other direct references to cosmic times are in the track names "Kali Yuga" and "Satya Yuga": the Kali Yuga, in Hinduism, is the fourth and worst of the four yugas (world ages) in a Yuga Cycle, preceded by Dvapara Yuga and followed by the next cycle's Krita (Satya) Yuga.