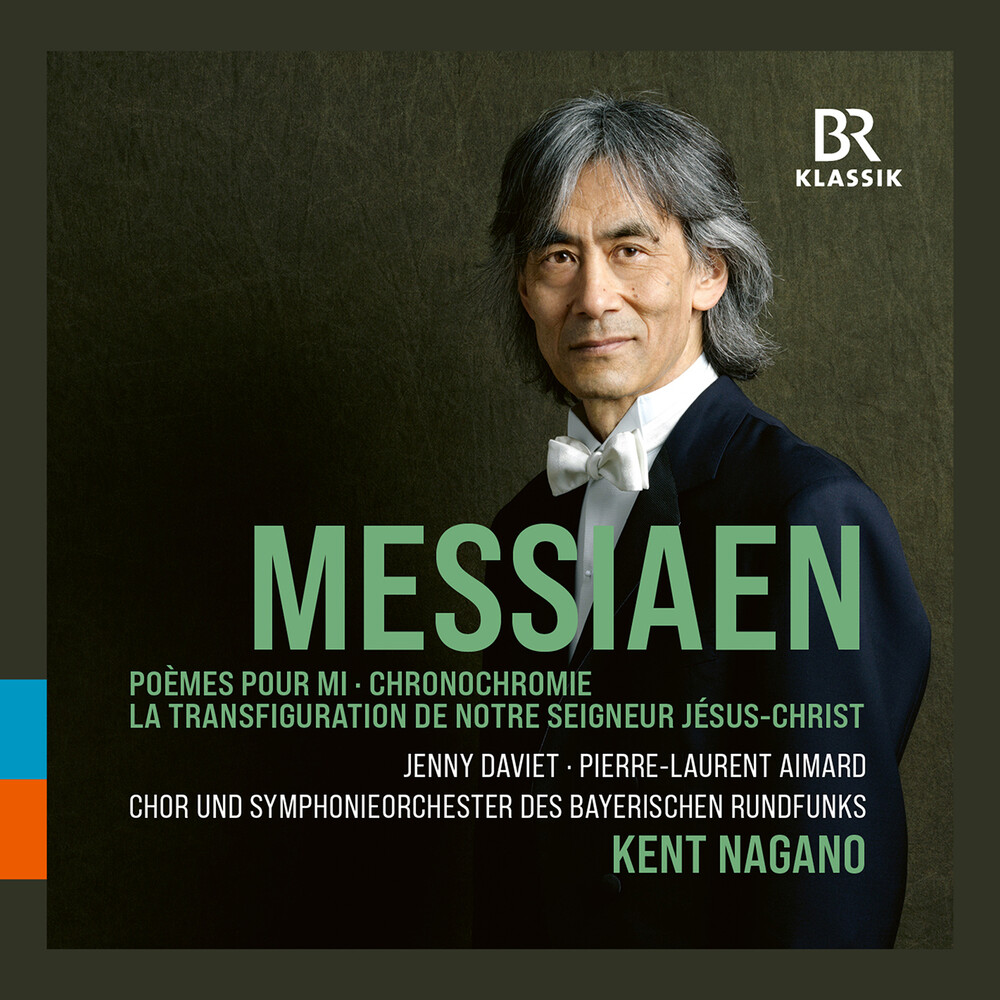 Few performers are more familiar with the musical language of the French composer Olivier Messiaen than the American conductor Kent Nagano. Nagano has had Messiaen's orchestral works and oratorios in his program for several decades now, and he also participated in the world premiere of "Saint François d'Assise", Messiaen's only opera. During the year 1982 Nagano spent his time with Messiaen in Paris, where not only an artistic relationship but also a close personal one developed between the two musicians. BR-KLASSIK has now released three masterpieces by the French composer with the magical sound, presented by Kent Nagano to the Munich concert audience in recent years as conductor of the Symphonieorchester des Bayerischen Rundfunks: the oratorio "La Transfiguration de Notre Seigneur Jésus-Christ" (The Transfiguration of Our Lord Jesus Christ) for chorus, seven solo instruments and orchestra, the song cycle "Poèmes pour Mi" for soprano and orchestra, as well as "Chronochromie" for large orchestra. These three live recordings document outstanding artistic events from the Munich concert program of June 2017, July 2018 and February 2019.