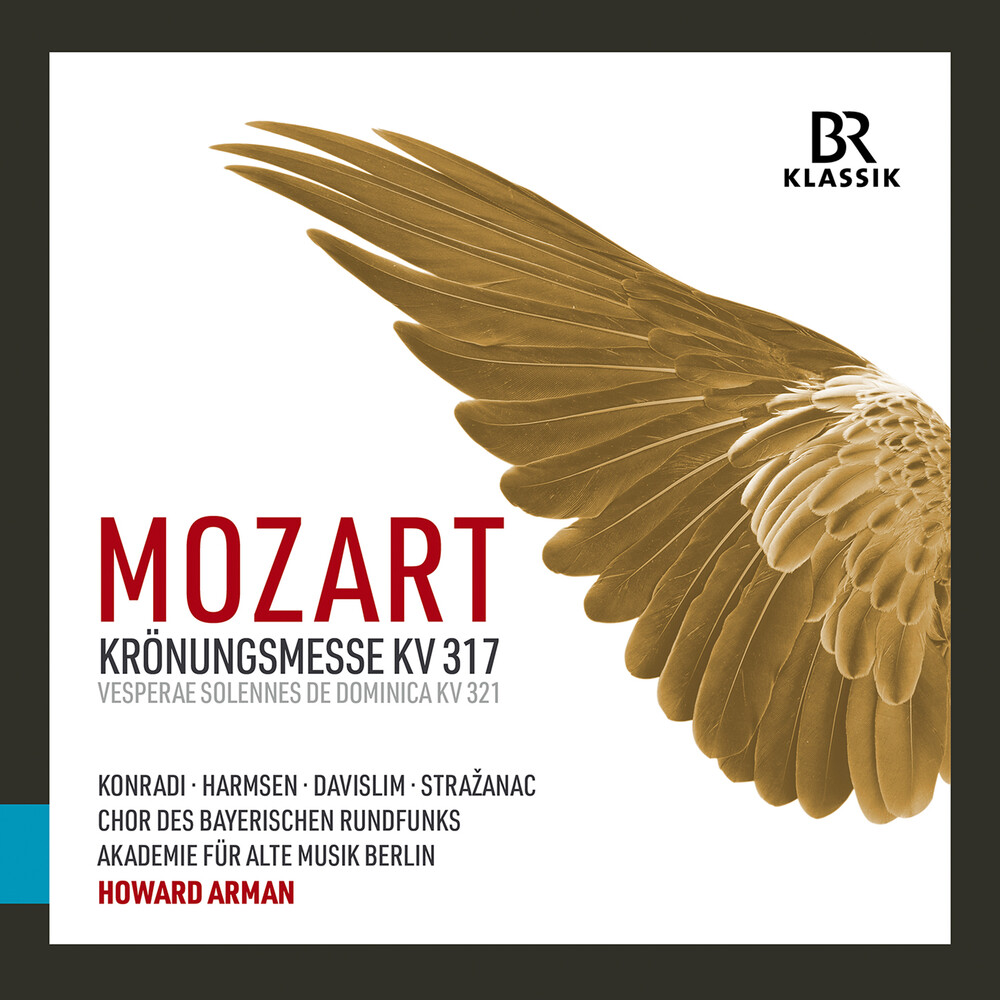 The mass that Mozart composed in 1779 for the Easter service in Salzburg Cathedral is shrouded in legend. From the very first bar onwards, it exudes the stately tone that would, much later on, earn it the sobriquet "Coronation Mass". Soon after Mozart's death, it became the Viennese court orchestra's favorite mass for coronation ceremonies. - This new release from BR-KLASSIK is a live recording of a recent concert, performed on May 21, 2022 in the Herkulessaal of the Munich Residenz. That concert of sacred music by Wolfgang Amadeus Mozart included three other, lesser-known compositions that were also written during his time in Salzburg. Here they are woven in between the short movements of the Coronation Mass (their brevity dictated by the reformist spirit of the time) - and thus connected to the Mass in a way that might have been required by the practical performance conditions of a Salzburg church service. In his "Vesperae solennes de Dominica", composed during the same year as the Mass, Mozart fulfilled the Salzburg prince-archbishop's demands for the greatest possible brevity in a tongue-in-cheek manner, by means of various compositional tricks as well as a particularly sonorous score. The album is rounded off by the "Epistle Sonata" for orchestra with obbligato organ in C major, K 329, written to accompany the "Coronation Mass", as well as by the solemn offertory "Alma Dei creatoris" for soloists, choir and orchestra in F major, K 277. The first-rate cast of soloists consists of Katharina Konradi (soprano), Sophie Harmsen (mezzo-soprano), Steve Davislim (tenor) and Kresimir Strazanac (bass). The soloists and the excellent Bavarian Radio Chorus are accompanied by the Akademie für Alte Musik Berlin, one of the most renowned orchestras in the field of historical and historically informed performance practice. The conductor is Howard Arman.