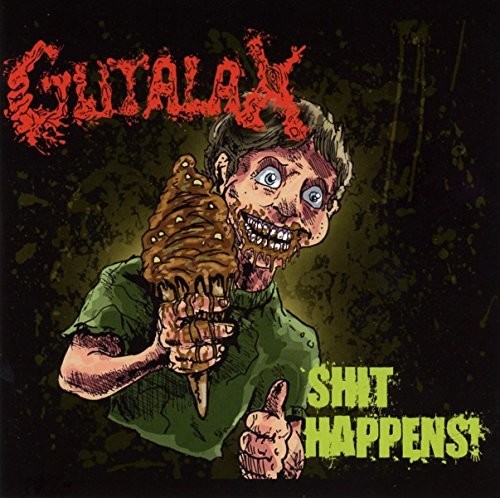 Shit Happens! With "Shit Happens", Gutalax from the Czech Republic finally put their second album from the year 2015 in stores via RRR/MDD. 16 of belching gargle goregrind, which have long since become cult in scene circles, are now also made accessible to a wider public. Their lyrical theme has made the band their trademark, the glorified bowel movement and Toilets stories. With this second album you could talk about the "same shit", but this album has become a milestone in it's genre and a masterpiece of modern goregrind. Gutalax has won the Goregrind throne in no time at all. Like no other band in this genre, Gutalax has been played at the big festivals for years. They have been at Summer Breeze, With Full Force, Party San, Neurotic/Netherland DeathFest, Chronical Moshers, In Flammen, Metal Days, Brutal Assault, Obscene Extreme and many more. They toured throughout Europe, USA, South America and Russia