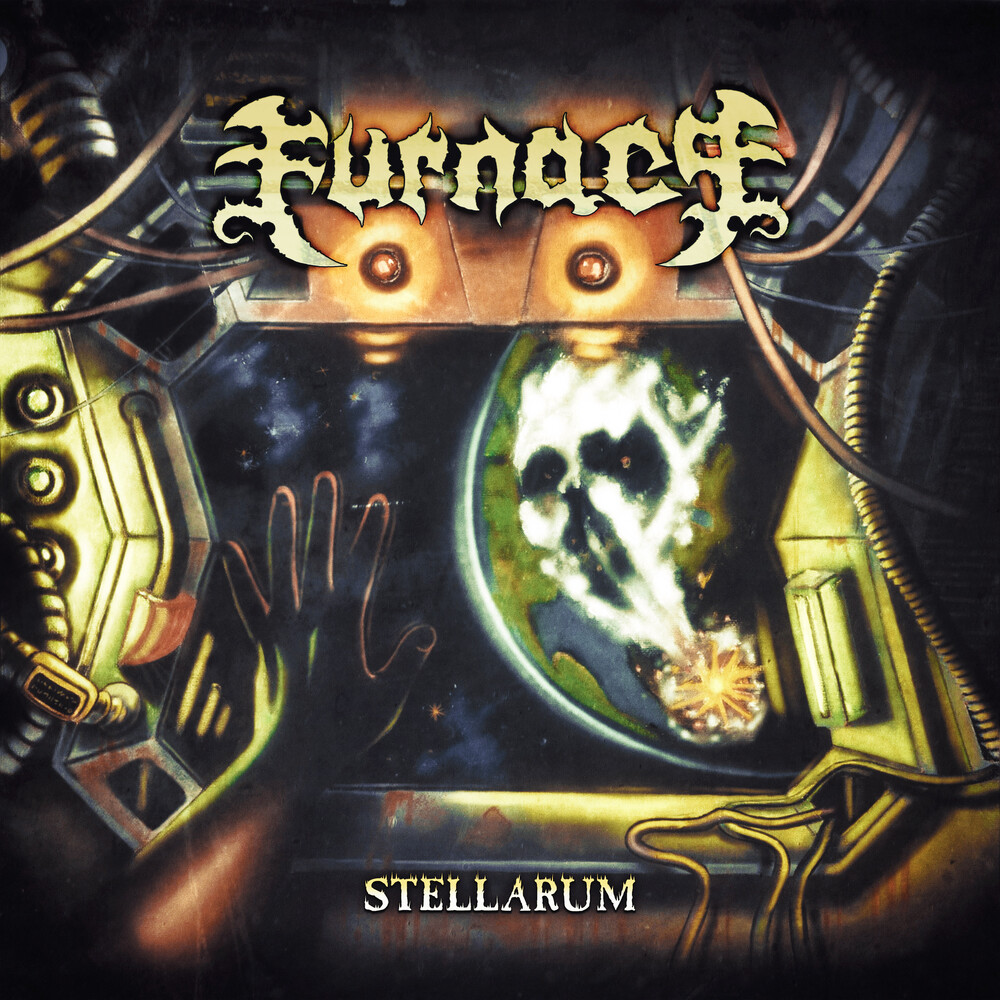 Death'n Roll to the max... FURNACE are the brainchild of jack-of-all-trades Rogga Johansson (Paganizer, Massacre) and Peter Svensson (Assassin's Blade, Void Moon), based on their shared love of horror-fantasy concept albums. The line-up of the Swedes is completed by drummer Lars Demoké (Gauntlet Rule, Catacomb). Stylistically, the trio is dedicated to melodic death metal with a touch of heavy,- and a pinch of dark metal, with Rogga's characteristic riffing complemented by strong melodic hooks and the driving rhythm section of Svensson/Demoké. The band's albums are consistently concept albums, with stories ranging from dystopian science fiction to Lovecraftian horror. Stellarum" is Furnace's third album. Musically, the 10 songs offer a combination of the two previous albums and their trademarks, such as the straightforward melodic death songs of "Black Stone Church" and the progressive elements of "Dark Vistas". The lyrical concept continues the stories of these two albums and completes them into an epic trilogy. The story told on "Stellarum" therefore also draws on concepts from it's predecessors, combining the more Lovecraftian themes of "Dark Vistas" and the dystopian "Black Stone Church" and combining them with strong elements from the old Soviet film "Polaris" and other sci-fi themes. Attentive listeners will also not fail to notice that one of the songs features a surprising guest vocalist.