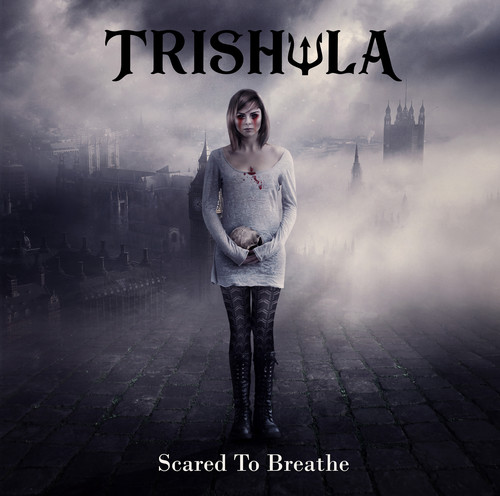 British band 'Trishula' is the brain child of UK Guitarist Neil Fraser and was born out of Neil's work on his first solo project which started in 2015. In the mid eighties Neil played in a number of local rock bands from the Staffordshire area of England, and achievements during this time included gaining airplay on Radio Luxembourg with a track called 'Poltergeist', along with securing support slots with bands such as eighties glam rock band 'Wrathchild' who were gaining lots of attention at the time. Since the late nineties Neil has played, toured and/or recorded with bands and artists such as TEN, Rage of Angels, Tony Mills (TNT, SHY). During his time with the band Rage of Angels, Neil had worked alongside Welsh vocalist Jason Morgan and Portuguese drummer Joao Colaco, so when forming 'Trishula', Jason and Joao were Neil's first choice to complete the lineup for recording the album.The bands debut album 'Scared To Breathe' was initially recorded in Neil's home studio (Farmyard Studios), demo vocals were recorded in various locations in Wales, with final vocal recordings being captured at M2 Madhat Studios (Magnum) under the watchful eye of Sheena Sear, additional keyboards were also added at M2 Studios by Magnum Keyboard player Rick Benton, drums were recorded in Black Sheep Studios in Portugal, with final mixing and mastering was also being undertaken by Sheena Sear and Mark Stuart at M2 Studios.