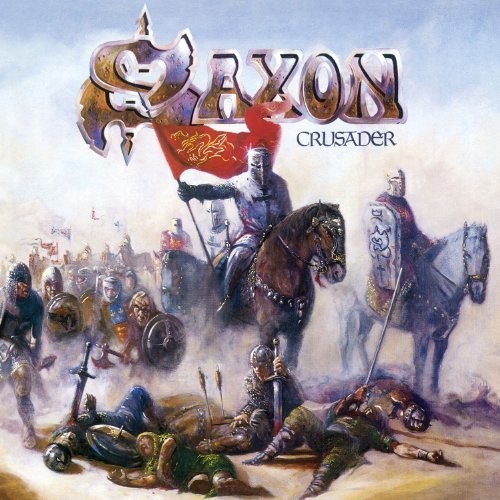 Originally released on 16th April 1984, Saxon’s sixth album was produced by Kevin Beamish at the legendary Sound City Studios, in Los Angeles. It featured the bands firs recorded cover song, a version of the Sweet’s ‘Set Me Free’ and the singles’ Sailing To America’, ‘Just Let me Rock’ and ‘Do It All For You’. Crusader was also the second album to feature drummer Nigel Glockler, who has remained a permanent member of Saxon to this day. This version includes early working versions of some of the songs featured on the album and also the songs ‘Borderline’ and ‘Helter Skelter’ that didn’t make the final track listing of Crusader.