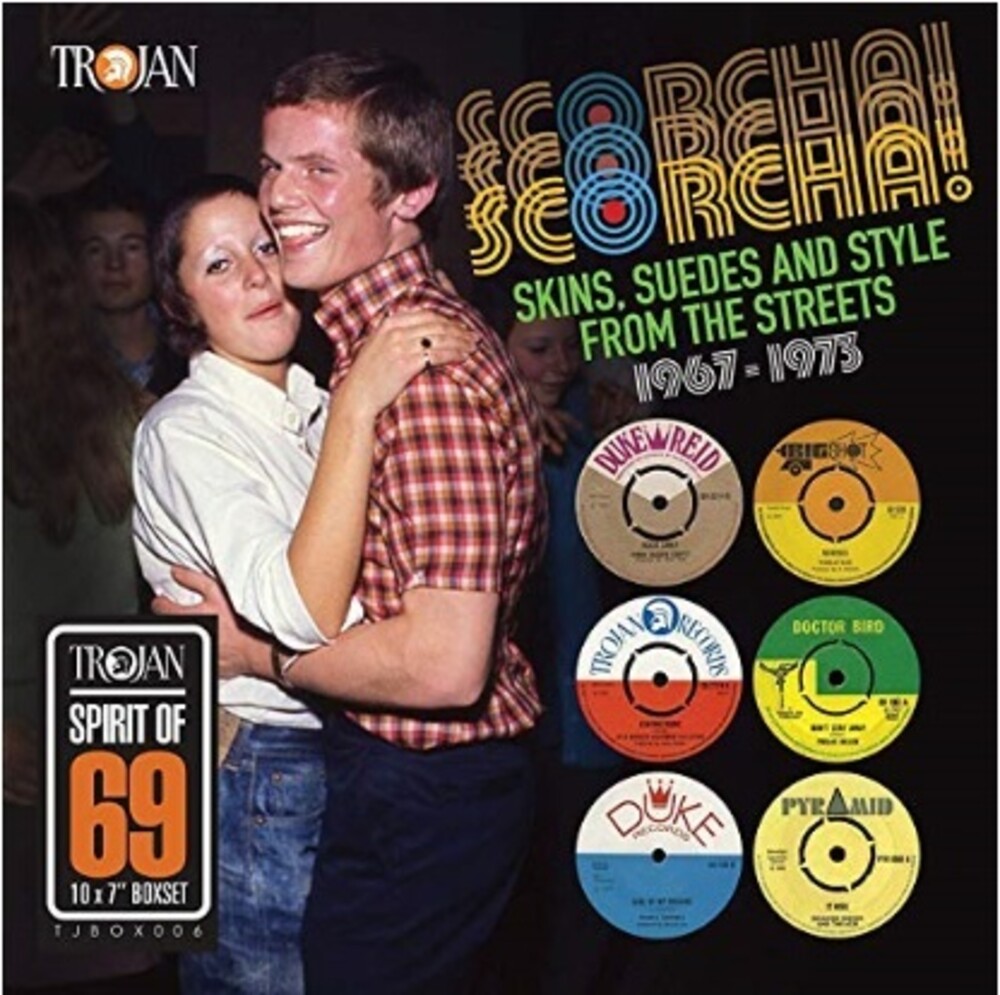 Half a century ago, vast numbers of British working-class youths adopted a style that reflected both their attitude and tastes. Dubbed by the country's media as 'skinhead', the look starkly contrasted with that of the country's largely middle-class 'hippy' population, drawing heavily on the smart, practical and stylish fashions introduced to the UK by the Windrush generation. And the Caribbean influence was even more evident in the music that provided the soundtrack to the skinhead scene: reggae. To finally set the record straight about this greatly mis-understood sub-culture, celebrated writers, Paul 'Smiler' Anderson and Mark Baxter have penned a brand new book, 'Scorcha! Skins, Suedes and style from the Streets - 1967 to 1973'. In addition, the pair have also compiled a companion 7" vinyl box set of the same title, comprising ten 45s, each featuring a pair of reggae classics favoured by first generation skinhead record buyers. Pressed on high quality vinyl and presented in sturdy reproduction Trojan-branded sleeves, the singles are accompanied by an insert featuring a fascinating essay on the music and those on the scene by the book's co-author, Paul Anderson.