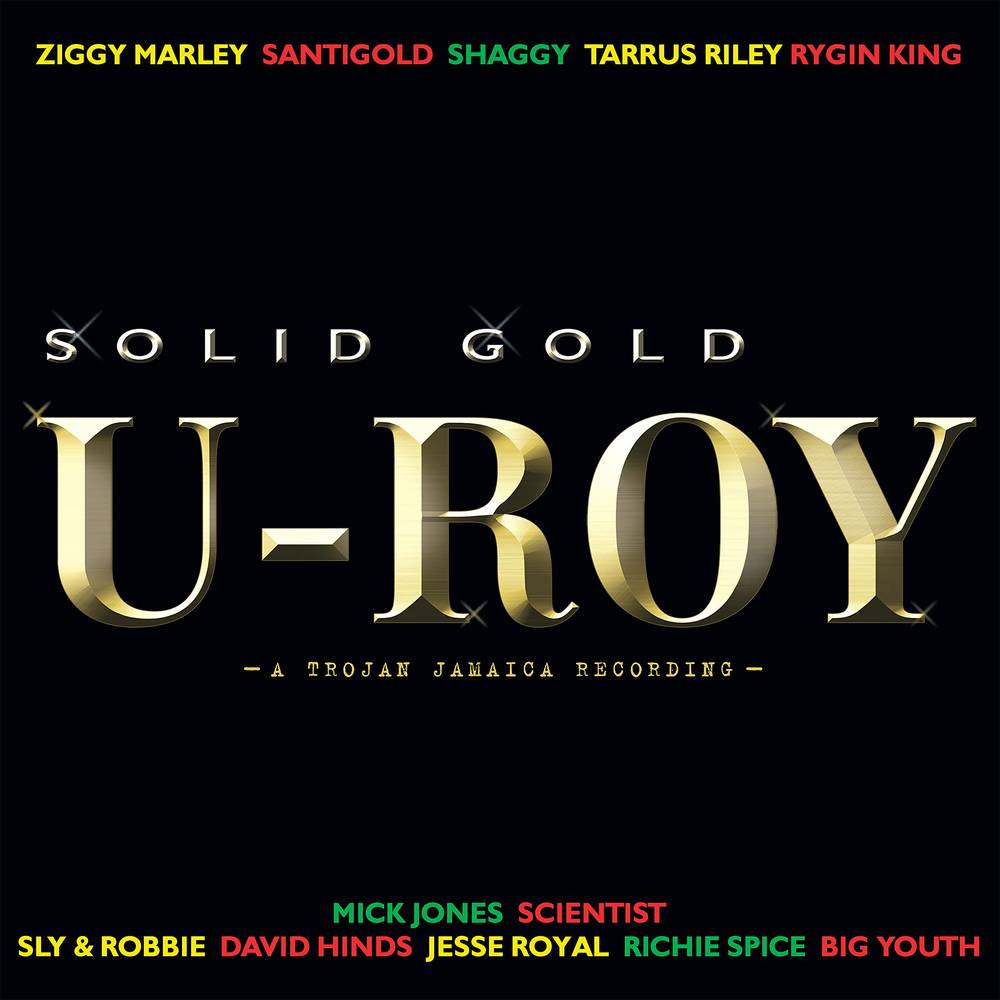 TROJAN JAMAICA / BMG is proud to announce the release of U-ROY’s final full-length, SOLID GOLD U-ROY. The album was originally set to come out in 2020 with plans for a worldwide tour in support, but unfortunately, the pandemic delayed the release. Now, with the heartbreaking loss of U-ROY on February 17, the album has become a celebration of one of the most profoundly influential reggae stars of his generation. An originator of the chatty rhythmic vocal style known as toasting — a key foundational element in the development of rap in its nascent stages in the 1970s — U-ROY left behind an unmatched legacy which is clearly on display on SOLID GOLD U-ROY, with its guest appearances including ZIGGY MARLEY, SHAGGY, MICK JONES of THE CLASH, SANTIGOLD, SLY & ROBBIE, DAVID HINDS of STEEL PULSE, and more.

SOLID GOLD U-ROY is being heralded today by the release of “MAN NEXT DOOR” (Feat. SANTIGOLD). One of the great reggae songs of all time, the track features an indelible guest appearance by the incomparable Santigold. “Man Next Door” is a beloved reggae standard written by John Holt and released in 1968 by his group The Paragons. U-ROY sampled the song in 1982 for “Peace and Love in the Ghetto” on his Original DJ album.