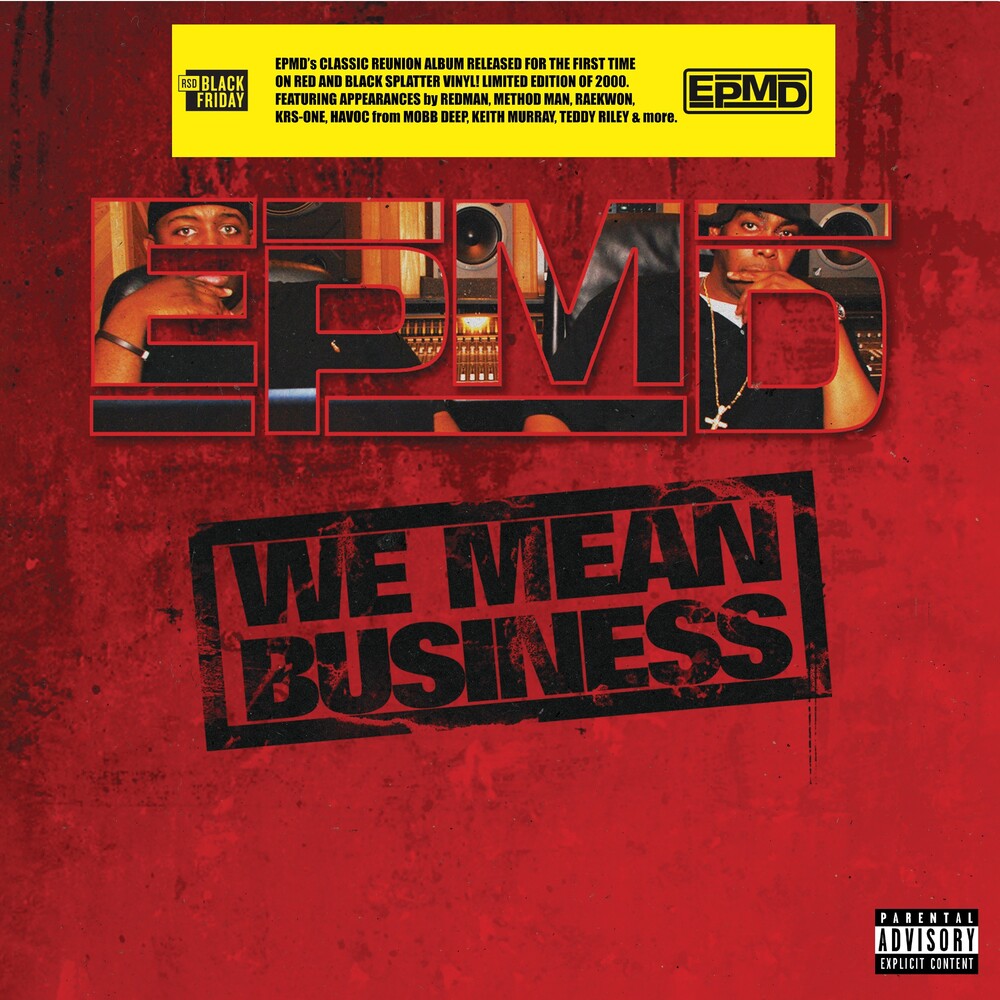 They are rap’s first great duo, one that excelled as rappers and producers. They are among the most-sampled rap acts of all time, their tunes having been mined by Jay-Z, DMX, 2Pac and Tha Alkaholiks, among many others. They introduced funk-styled production to rap, paving the way for Dr. Dre’s The Chronic. And even though their own rap skill was immense, they are also the best talent scouts in rap history, introducing the likes of Redman, Das EFX and Keith Murray. Then they broke up and reunited to rave reviews. The group is EPMD, undisputed legends in the rap game.

Celebrating their rich history, RBC Records releases an exclusive limited edition version of their highly respected reunion album We Mean Business, their first album on their own EP Records and their seventh overall.

“All of our albums have Business in the title,” Smith explains. “Now that we’re in a new era and the game is changed, we realize that it’s different from when we handed in a CD to our first label to being at Def Jam. Erick and I created our own vehicle to be able to drop this album. That’s how we came with the title We Mean Business, because we do.”

EPMD updates its classic sound and sentiment on “Listen Up,” a funk-drenched song complete with a talk box and featuring the one and only Mr. Teddy Riley. Recognizing EPMD’s status as pioneers, Sermon acknowledges how important his lyrics are: “Can’t talk ignorant/I got some intelligent folks that’s digging it.”

Those same folks will be digging We Mean Business song “Roc Da Spot,” a throwback of sorts to “You Gots To Chill,” one of 1988’s most acclaimed rap singles. “The beat had that EPMD sound, as far as the claps,” Sermon says. “It had a familiarity to it because of the sound and, 20 years later, we’ve still got that funk coming.”

“It’s very important for us to stay us,” Smith adds. “People want to hear and see EPMD.” That’s because We Mean Business isn’t just an album title for EPMD. It’s a mindstat