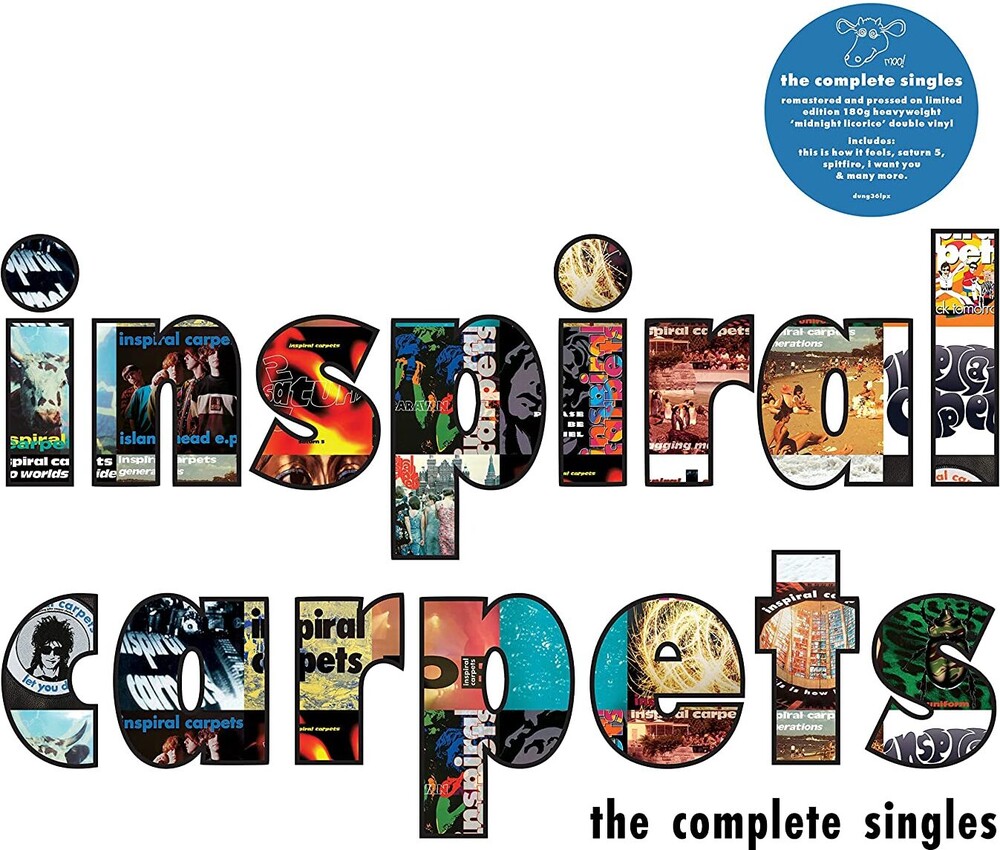 INSPIRAL CARPETS / COMPLETE SINGLES - 180gram 2xLP - Formed in Oldham in 1980, Inspiral Carpets rose to prominence alongside such bands as The Stone Roses, The Charlatans & The Happy Mondays, as part of the Madchester scene in the late '80s/early '90s. They have released five studio albums: Life (1990), The Beast Inside (1991), Revenge of the Goldfish (1992), Devil Hopping (1994) and Inspiral Carpets (2014), achieving four UK Top 20 Albums and UK Top 20 Singles. Their biggest singles include "This Is How It Feels," "She Comes in the Fall," "Saturn 5," "I Want You" and "Dragging Me Down." For the first time since their 2003 compilation Cool As, Mute/BMG announce a newly remastered singles collection, The Complete Singles, including all of their biggest hits, features collaborations with Mark E. Smith & John Cooper Clarke plus material from their 2014 self-titled album, fully remastered on heavyweight black "Midnight Licorice" double vinyl. The package features brand-new artwork and sleeve notes from past and present band members.