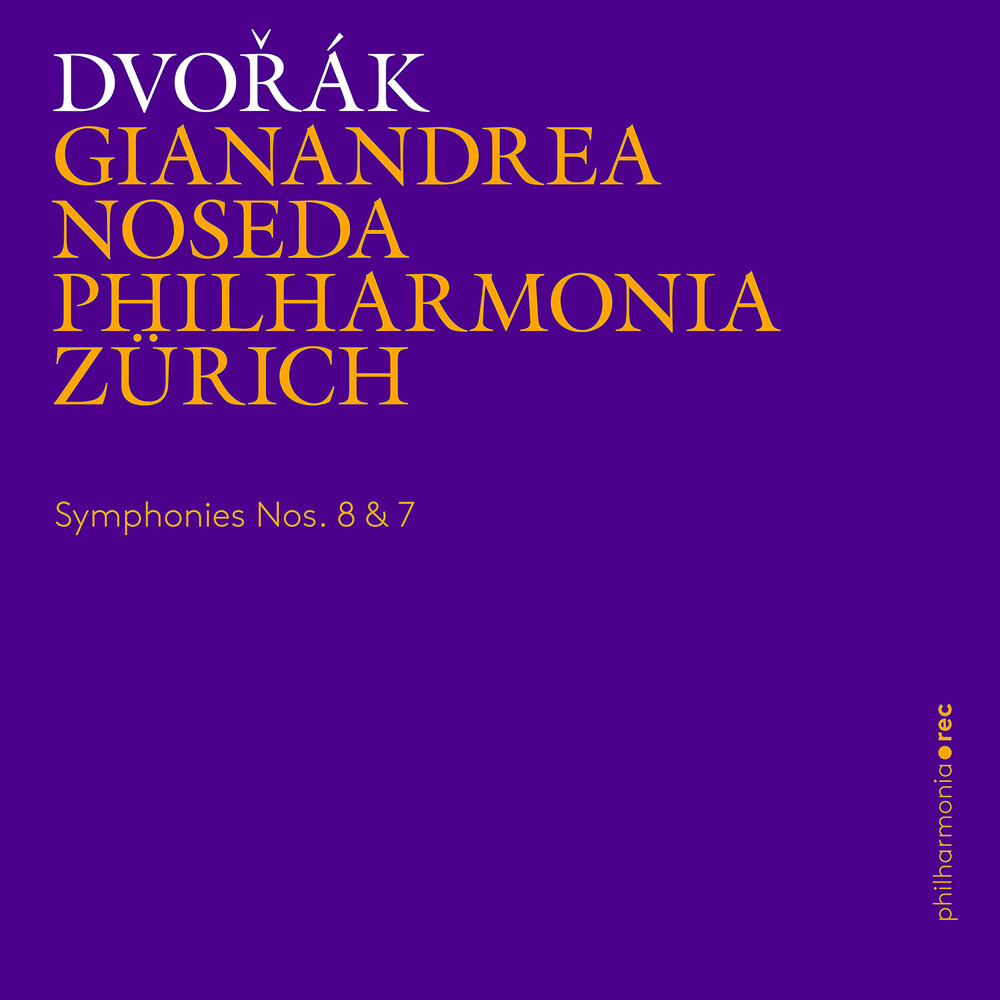 Gianandrea Noseda chose Antonín Dvorák's Symphony No. 8 for his first Philharmonia concert as General Music Director of the Opernhaus Zurich. This performance is now being released as a live recording, together with Dvorák's Symphony No. 7, which was recorded at a later date. Slavic repertoire is very close to Noseda's heart, and in both concerts, he succeeded in conveying this passion to the musicians of the Philharmonia Zurich. The Neue Zurcher Zeitung praised the performance, calling Noseda a "live wire," whose musical direction "demanded the last reserves from his musicians," transforming Dvorák's Eighth Symphony into "a highly dramatic work." The "somber" Seventh and the "buoyant" Eighth form a study in contrasts in Dvorák's oeuvre. Along with the Ninth («From the New World»), they are his most popular symphonies.