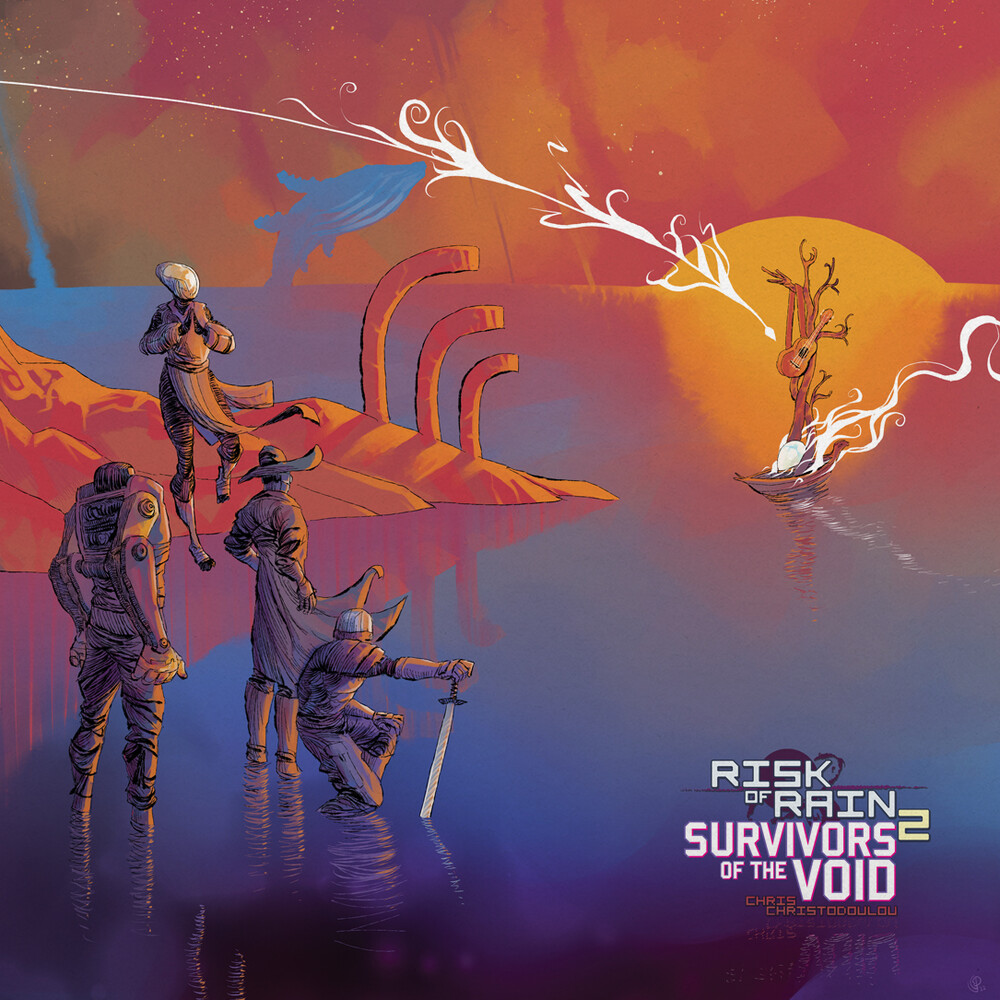 Black Screen Records is excited to release Chris Christodoulou's soundtrack to Hopoo Games' Risk of Rain 2 DLC SURVIVORS OF THE VOID on limited edition marbled vinyl. The vinyl comes in a beautiful gatefold sleeve with stunning original artwork by Daniele Giardini and includes a Bandcamp Code for the digital album. While a direct continuation of the original Risk of Rain 2 soundtrack, SURVIVORS OF THE VOID also marks a return to the roots of the ROR music-verse, reintroducing and reimagining several themes from the original game as their void-corrupted counterparts! Heavy on guitars & synths, unctuated by pounding drums, washed in lush reverbs, the album also introduces new timbres with lyrical oodwinds, soaring violins and deranged saxophones. It's been a fun challenge revisiting these old pieces as was conjuring new ones. The void theme of the DLC offered the opportunity to write some darker-than-usual material, which I really enjoyed, I hope you will too. - Chris Christodoulou