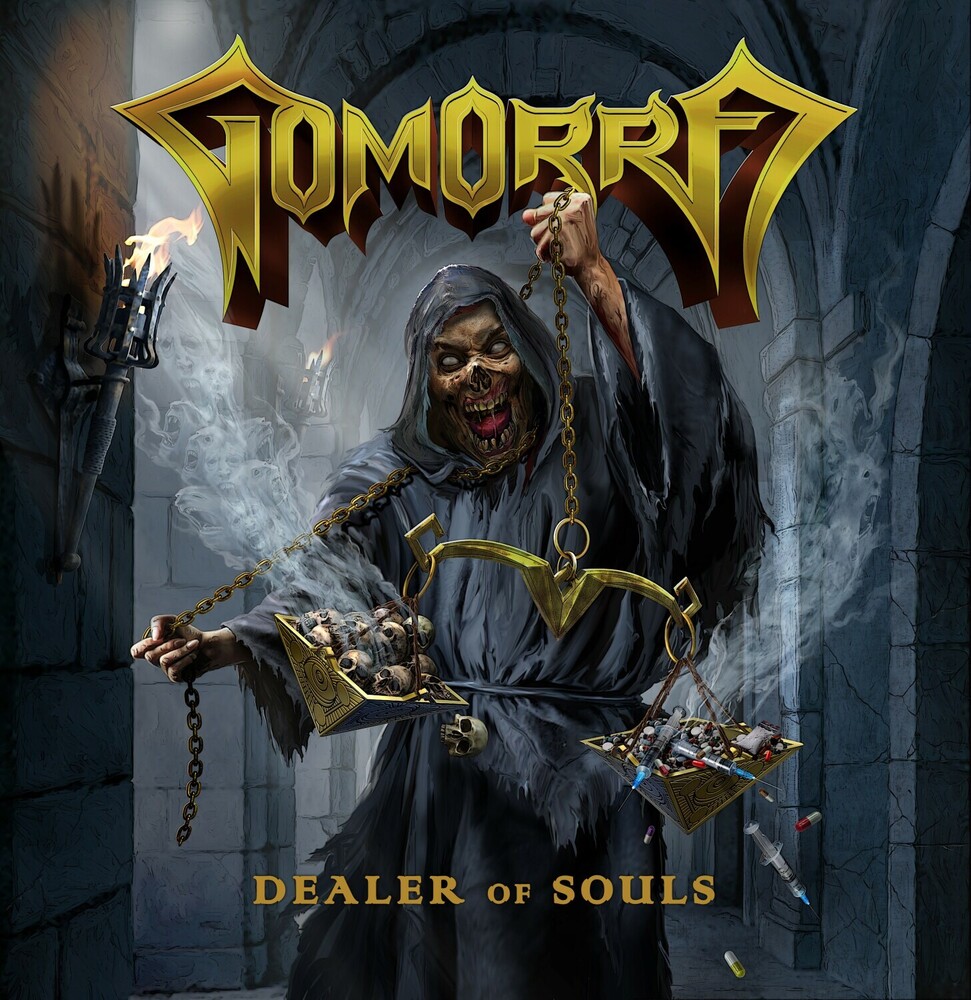 Following the critically acclaimed debut album "Divine Judgement" (2020), today Swiss thrash metal legion Gomorra announced the release of the band's sophomore full-length record "Dealer of Souls", out on December 9 via Noble Demon. With their blend of insanely fast and groovy riffs full of thrash metal perfection, dynamics and energy, with their latest record Gomorra have undoubtedly made a lasting impression on critics and fans alike. "Dealer of Souls" takes it even a step further and with eleven brand new tracks by the band around Damir Eskic, who is also part of German thrash metal legends Destruction, Gomorra showcases the absolute finest from the worlds of heavy, power and thrash metal! With an uncompromising metal attitude, the virtuoso thoroughbred musicians Jonas Ambühl, Dominic Blum, Nico Ardüser, Stefan Hösli and Damir Eskic set the bar high on their new album, and with the first single "War of Control" Gomorra have just unleashed a first and intense preview of the soon to be released album.