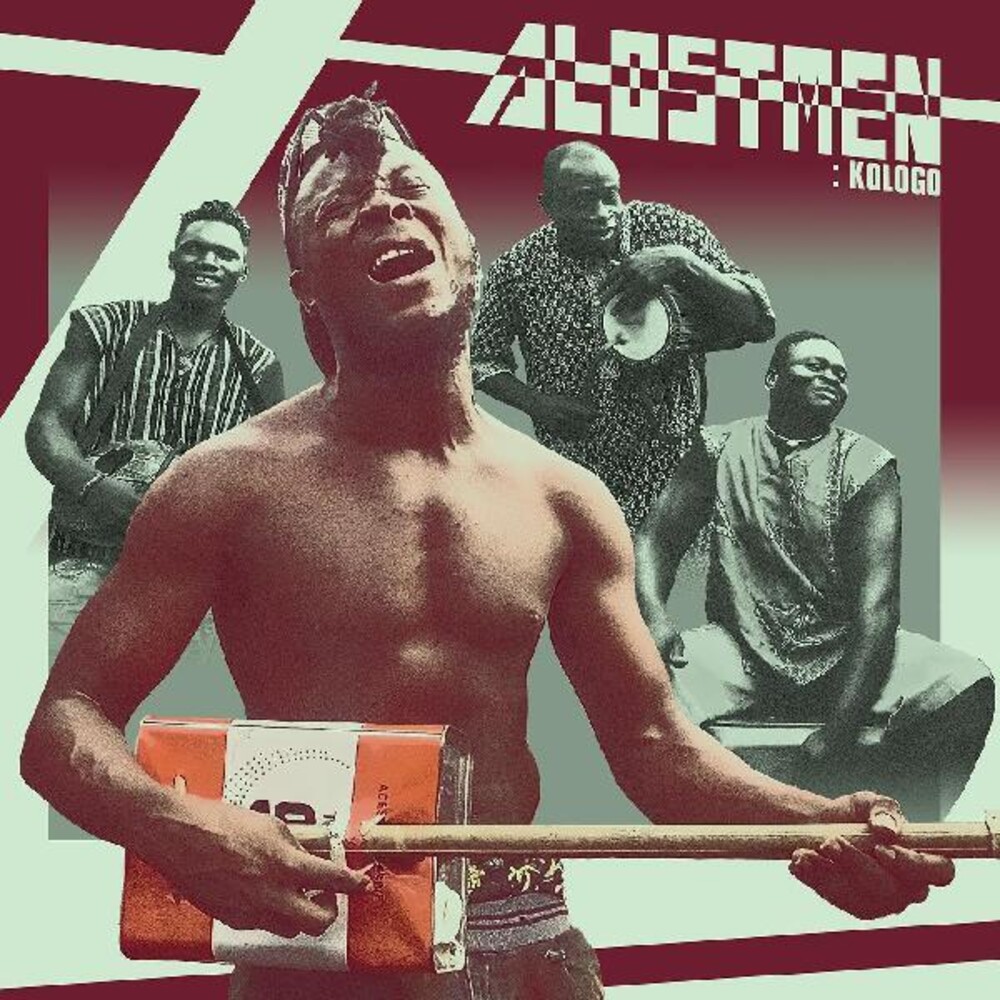 Vinyl LP pressing. Formed by Stevo Atambire and produced by Wanlov (Fok'n Bois) and Percy Yip Tong, Alostmen's music is based around the Frafra traditions of the kologo, a stringed lute, using traditional instrumentation in entirely new ways. "I like to force my instrument to work," explains Stevo. "I'm a yout'man and into rap, reggae, Malian music. I add these to the band's sound." "I had toured with Stevo in my band Afro Gypsy in 2017," Wanlov continues, "and we recorded the tracks for this album on the road in Uganda and North West Ghana in hotel rooms" The band comprises Stevo (kologo, vocals), Jo Ajusiwine (goje fiddle, vocals), Aminu Amadu (talking drum) and Sowah (gome box, djembe and conga) while featured guests include highlife legend Gyedu-Blay Ambolley and Ghanaian stars Yaa Pono and Medikal.