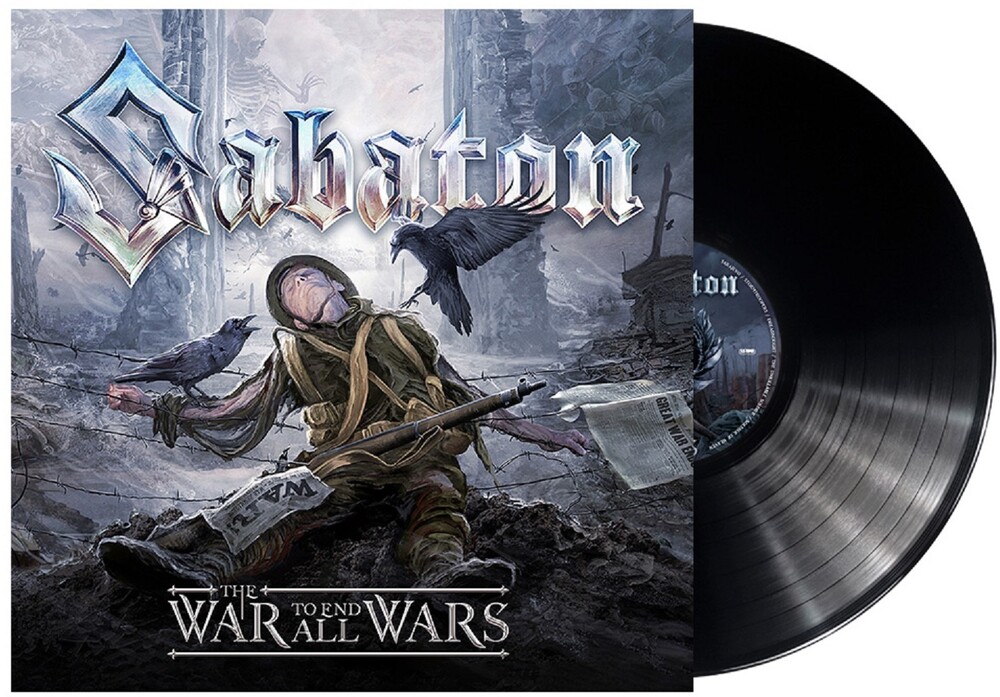 DISC: 1
1. Sarajevo
2. Stormtroopers
3. Dreadnought
4. The Unkillable Soldier
5. Soldier of Heaven
6. Hellfighters
7. Race to the Sea
8. Lady of the Dark
9. The Valley of Death
10. Christmas Truce
11. Versailles

Written and recorded in 2021 during the COVID global pandemic, the band has crafted a concept album of 11 brand new songs that dive deep into previously unexplored atrocities, miracles and events tied to the early 20th century's World War I.With the release of The War to End All Wars, fans can expect a wealth of single releases, each one accompanied by a compelling and emotional music video that will breathe life into the fact-based story behind the song. In addition, the album will be available in an impressive variety of exclusive formats, including CD, vinyl, and cassette, most available in limited editions, both in terms of quantities available and by territory. All physical releases contain the opening song "Sarajevo", not found on the digital release. With the addition of Sabaton's global touring schedule, look for The War To End All Wars to have a multi-year cycle.