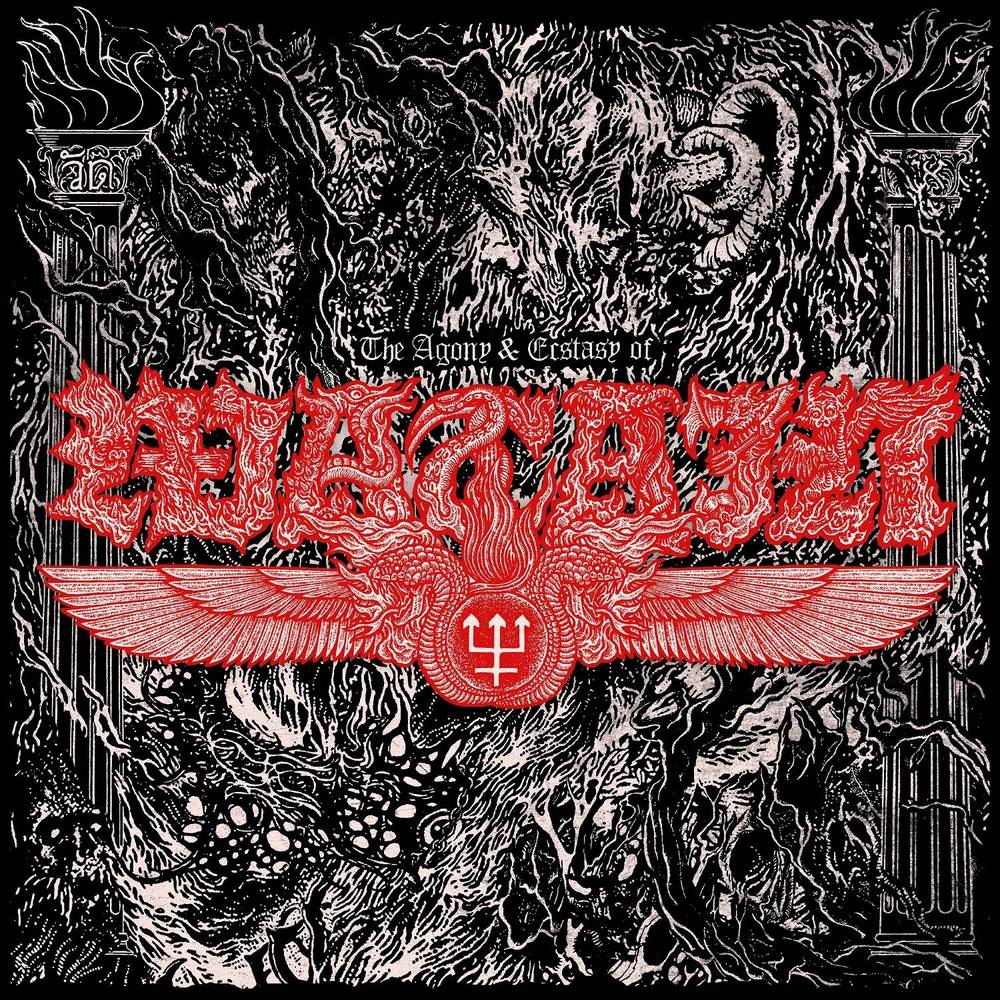 Watain crawled out of Satan's c*t in 1998 and has since then ascended and grown into one of the world's most well-known and notorious Black Metal bands. Their legacy is often referred to with fear, love, confusion, or awe, but seldom with indifference.Their infamous live shows have become a worldwide phenomenon; inimitable ceremonies of wild Black Metal fanatism where the sacred and solemn collides with raw unadulterated force.With their greatly anticipated seventh studio album, Watain continues to arouse and electrify their audience with an unmistakable, adventurous brand of Black Metal Magic, processed and distilled over the course of a 25-year long history.Recorded live inside an old church on the Swedish countryside, "The Agony & Ecstasy of Watain" takes the listener one step closer to the innermost heart of a band that despite always being surrounded by rumors and controversy has always strived for the most sincere and genuine ways of expression. With 10 songs written by the founding trinity of Watain (E. Danielsson, H. Jonsson and P. Forsberg), it is also the first Watain album to be recorded with a full line up completed by A. Lillo, H. Eriksson and E. Forcas. The material is further enriched by noble contributions from Farida Lemouchi (Ex The Devil's Blood, now in Molasses) and Gottfrid Åhman (ex In Solitude, now in PÅGÅ).The lyrics, always central in Watain, range from profound contemplation to manic proselytism, meticulously exploring the winding depths of both mind and spirit with a new sense of clarity and determination.Characterized by a twisted beauty and primal ecstatic force, Watain is the wolf that keeps on hunting, fearless and free, in the dark night of man. Limited to 300