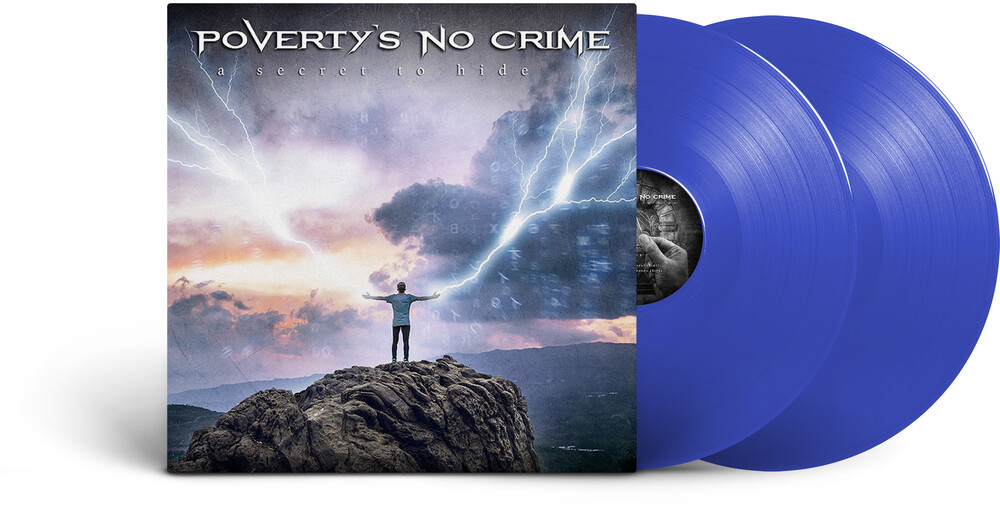 Just in time for the band's 30th anniversary, "A Secret To Hide" was released, the eighth album by the German constant in prog-metal/prog-rock. After the release of the successful predecessor "Spiral Of Fear" in 2016 and the joint tour with Psychotic Waltz, the band was quickly back in work mode. The result is a musically multifaceted work that dares to break out of the genre boundaries again and again. It is hard melodic rock music, which is sometimes more "rock" and sometimes goes more clearly in the direction of "metal". The band shapes it's own style, takes the liberty to elaborate it's songs in detail. In doing so, Poverty's No Crime show a consistent flair for catchy melodies and they always know how to put their skills on the instruments in the service of the song. "A Secret To Hide" impresses with many details, precisely worked out instrumental passages and coherent, crisp hooklines. The album is now released in a limited reissue as a double LP in blue transparent color.