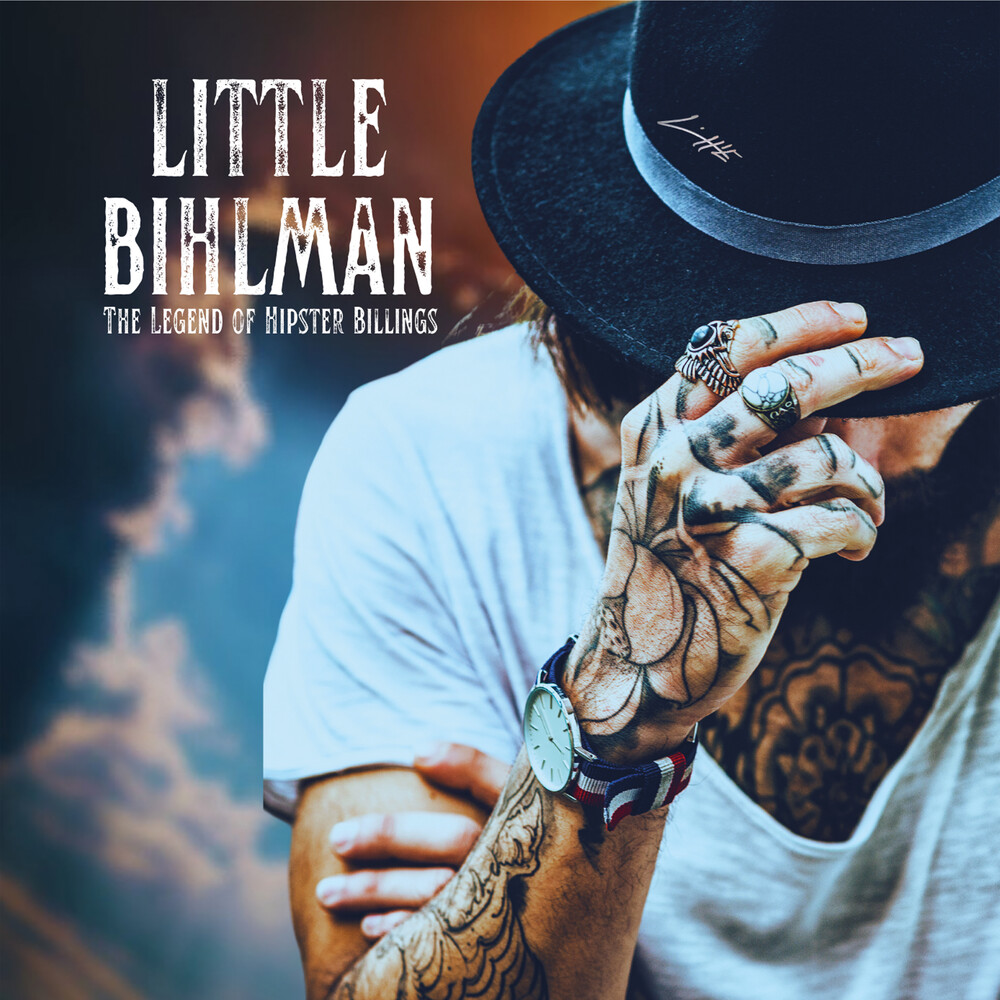 Ltd. Edition white vinyl. Little Bihlman is an Emmy Award-winning singer-songwriter who presents "The Legend Of Hipster Billings", an Americana influenced rock album.The original songs and stories are carved from life's struggles and triumphs, inspired by motorbikes, sunshine, coffee, dust, whiskey, rain, tattoos, scars, gasoline and heartbreak. "The Legend of Hipster Billings" invites you on a musical journey through the heartland of America. From Chicago, to Nashville, across the great Mississippi into the badlands of Dakota, up into the majestic mountains of Utah and down into the lights of the big city of Las Vegas."The Legend of Hipster Billings" was recorded and produced by Miles Fulwider (Wynton Marsalis, Willie Nelson, Norah Jones and Chick Corea) and Andrew Glasmacher. Little himself looks back on his own personal journey as well as collaborations with such prominent artists as John Fogerty, Trey Anastasio (Phish), Dug Pinnick (King's X) and legendary bluesman Son Seals.Little puts a new contemporary spin on Americana rock by using deep lyrics, dirty guitar riffs, gospel harmonies and infectious grooves that give this album a special power.Bihlman's songs embody an authentic approach to the essence of heart and soul that binds us all together.Throughout his career to date, Little has been featured in more than 50 songs on TV/movies worldwide. Including such major networks as FOX, ABC, CBS and Netflix. Including the award-winning series "Sons of Anarchy", "Days of Our Lives" and most recently "Big Sky".Little Bihlman has blazed a trail down the American rock highway, establishing himself as a versatile musician and singer-songwriter. A touring veteran, Little has played with many of the great rock and blues legends at world-famous venues, including the White House with legendary bluesman Son Seals. Over the years, Little has worked with Grammy award-winning producers such as Jim Gaines (Journey, Stevie Ray Vaughan, Huey Lewis and the News), Roy Thomas Baker (Queen, The Cars) and Bruce Robb (Cherokee Studios), to name a few.Like a lost lover from your past, these songs whisper in your ear to live immediately and ravish life's mystery.