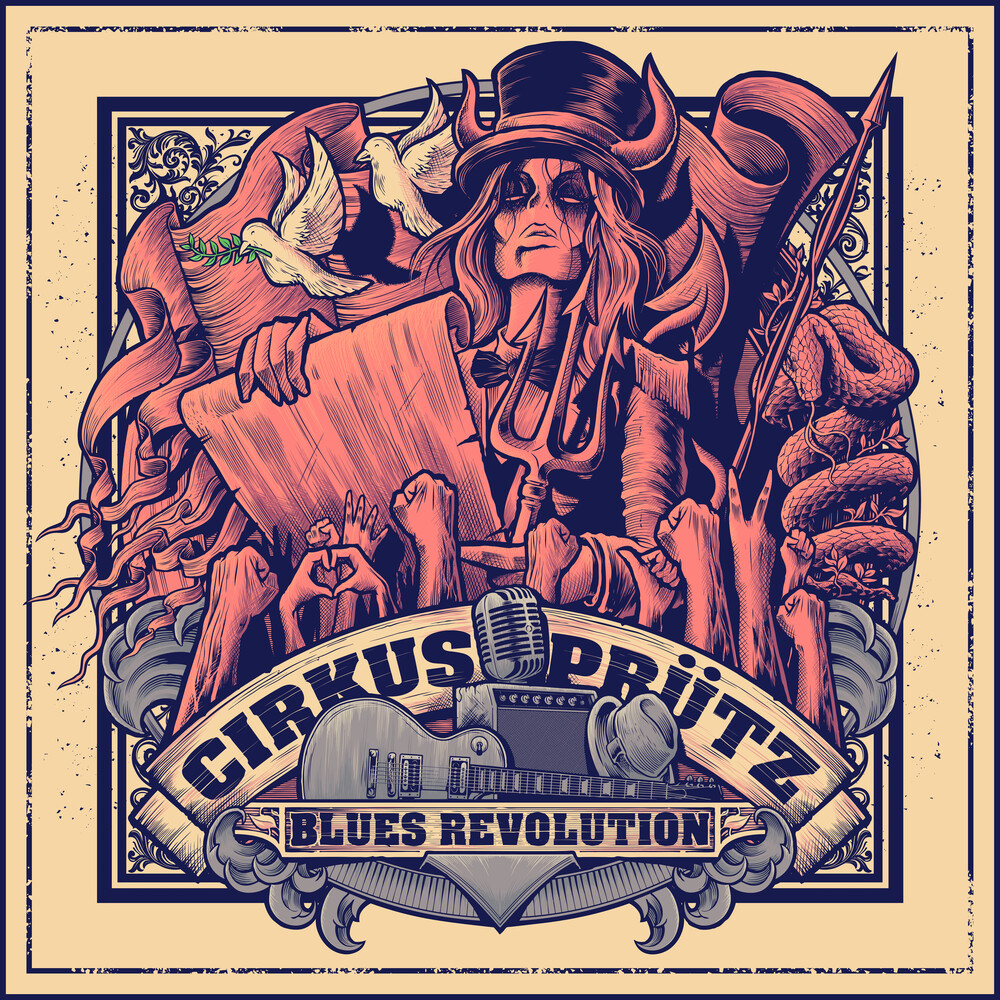 When was the last time you heard a blues-rock record that paid tribute to the Ramones and Lemmy alongside Howlin' Wolf and Chuck Berry?On their new album "Blues Revolution", Cirkus PrĂĽtz want to disarm the world with the combined support of blues and love.With their roots in blues, hard rock and punk, the band is not afraid to break the rules. No one tells them what they should or shouldn't do. They push the limits and break new ground..Cirkus PrĂĽtz take us from their Swedish home without detours on a hot road trip through Texas with Queens Of The Stoneage, Muddy Waters and ZZ Top on the car radio.All songs on "Blues Revolution" were composed by the band together. As was the case with 2019's previous album "White Jazz - Black Magic", guitarist Franco Santunione (Electric Boys, Glory Bells Band) took over the production.It's bluesy, it swings and it's in the here and now.