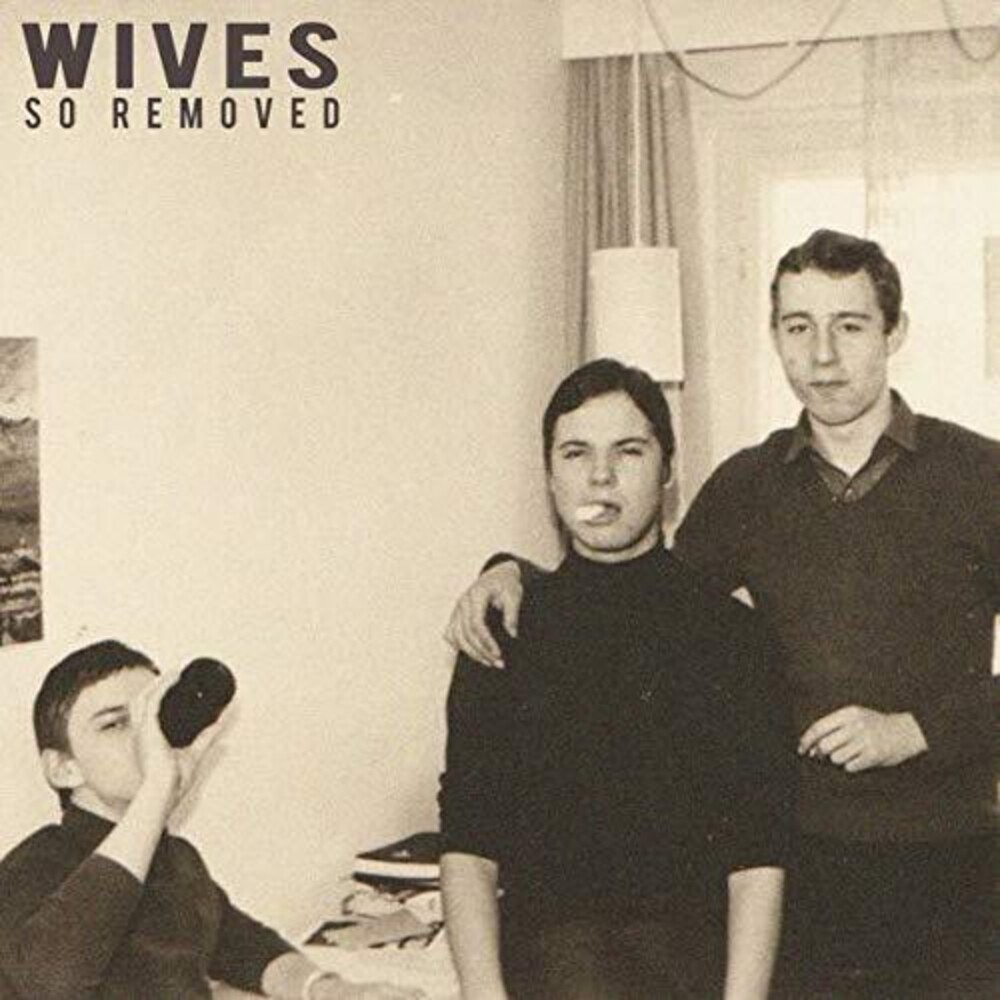 Theres a gap between what we want and what we get. WIVES doesnt know how to reconcile this, and they dont try to give you the answer; instead, So Removed plunges into that void of unknown, a tangle of contemporary dread and optimism, mapping the gray areas of alienation. The Queens, NY four-piece is the latest fit into a long lineage of New Yorks gritty, melodic-meets-punk. Their incisive debut, So Removed, is hook-driven, grungy dark-wave, tethered to daily anxiety without resorting to cynicism.Waving Past Nirvana traces the through-line between Kool Keith and Lou Reed, while the guitar lines Workin mine the tension of Wire and Servants employs pop punches of 60s vocal group harmonies. Both the noisy dissonance of Sonic Youth and the clever, cerebral sneering of the Fall simmer as touchstones within the LP.The bulk of WIVES songs oscillate between macro and micro, veering from a zoom-in on the tiny aspects of everyday to a sprawling pan over the world at large; from going stir-crazy in a Brooklyn walk-up to the effect of global capitalism on working-class people. So Removed doesnt know what the point of this is. And thats okay.