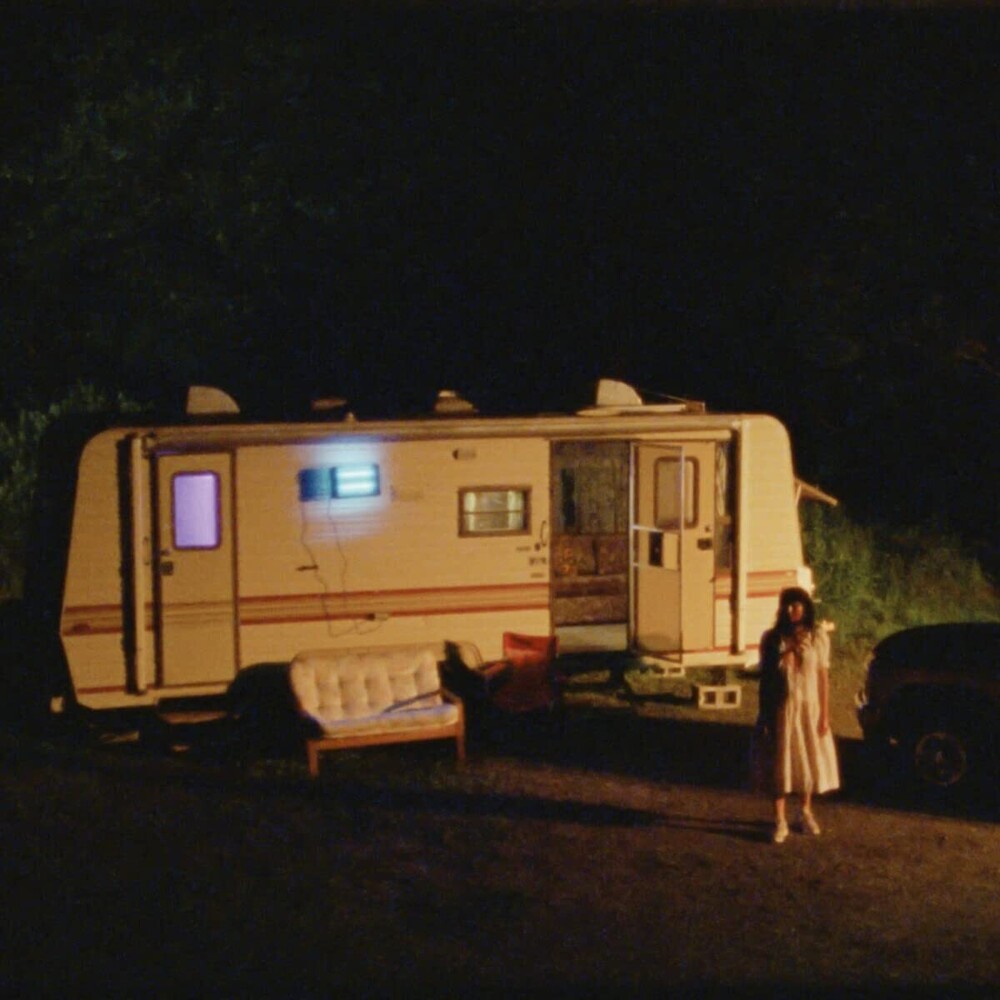 Augustus Muller and Jae Matthews' fifth release entitled 'The Runner (Original Soundtrack)' is not a traditional album. Rather, it is the soundtrack to a short film, also entitled 'The Runner'. The film, written, produced, and directed by the duo, is a searching horror film, attached to a meta-style 'documentary' about Boy Harsher's recording process. The album includes several distinct components: cinematic arrangements, vocal features, and of course classic Boy Harsher dark pop.

Last year, in the midst of the obvious chaos (the global pandemic), but additionally with Jae's MS diagnosis, Augustus started working on moody, cinematic sketches. It was uncertain what these pieces would become, other than catharsis. In Jae's period of convalescence, she kept thinking about this sinister character: a woman running through the woods. Together, they developed this idea further into a film. They were unable to tour, a drastic (and isolating) shift in their career, and making 'club music' did not feel right. But there was so much they needed to get out. The next Boy Harsher release would be a reconciliation of this time. The album processes feelings of universal anxiety and the confrontation of at home illness. A necessary expulsion during a time of unrest.

'The Runner (Original Soundtrack)' is exactly what's in the name: a soundtrack. At first the shape of the release was nebulous - yet once realized the album is dynamic. It serves as the story of the running figure and her musical accompaniment. Those expecting a traditional release will be surprised, but not disappointed.