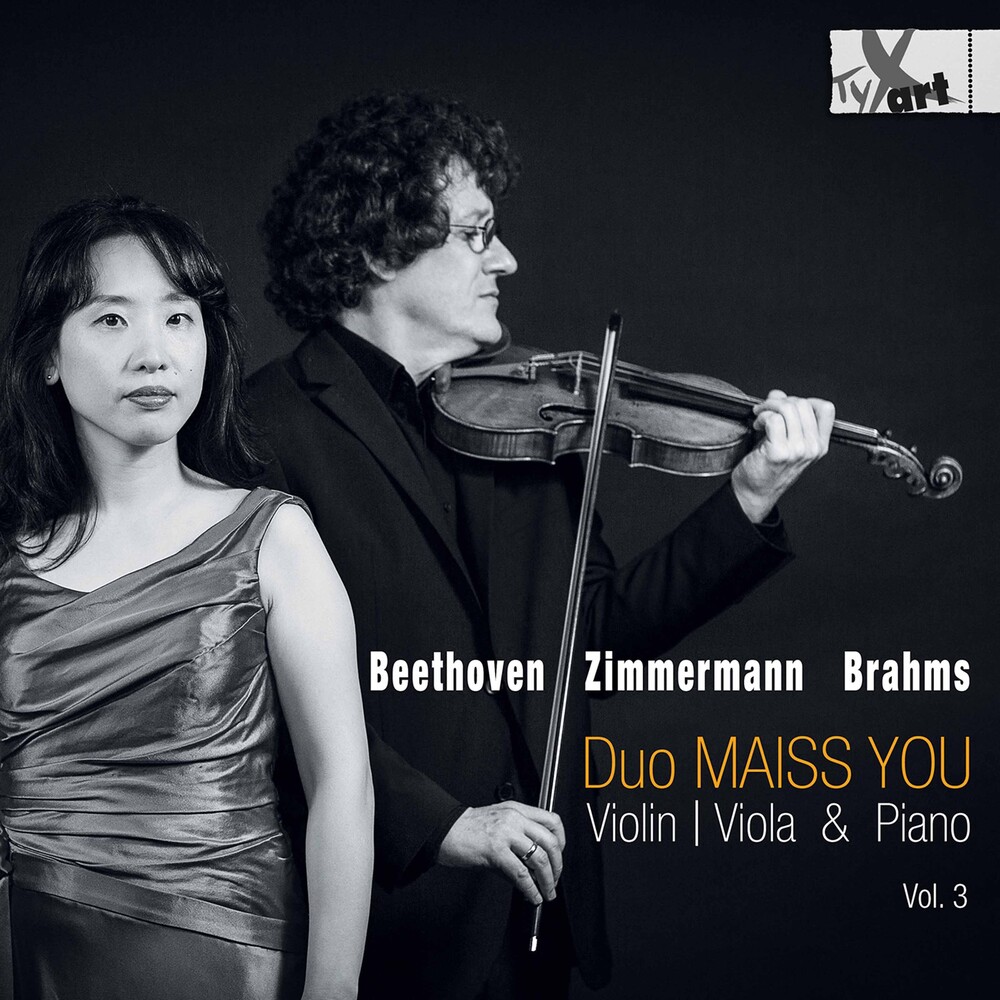 The magic, enigma and uniqueness of Ludwig van Beethoven's (1770-1827) Sonata "Kreutzer" in A major Op. 47 have influenced not only music history but also literature from Tolstoy to Dürrenmatt, and it takes a long search to find a chamber music work that has a similar nimbus. Wild and untamed not only the work itself but also it's history of creation appears. Beethoven wrote the "Kreutzer Sonata" for the violinist George Bridgetower (1778-1860). After an unusually short period of creation, the sonata was premiered at the Augarten. Later, a disagreement arose between the artists, which prompted Beethoven to rededicate the sonata to Rodolphe Kreutzer, who, however, rejected the work and never performed it. Bernd Alois Zimmermann (1918-1970) was the great loner of classical music in Germany after the end of the war and wrote one of the most interesting chamber music works of those years with the Violin Sonata from 1950. Zimmermann has spent his entire life dealing with Beethoven and his music is often interwoven with Beethoven's work, so that a coupling of the sonatas is obvious. The Violin Sonata (1950) is a great example of his "pluralistic" compositional style (a term that Zimmermann coined himself), in which different styles, past and present merge. While Beethoven and Zimmermann are indeed looking to the future with their works, Johannes Brahms' (1833-1897) Viola Sonata in E flat major Op. 120/2 is a work of retrospect. Brahms had announced "two modest sonatas" for clarinet after his new encounter with clarinetist Richard Mühlfeld in Ischl/Austria in the summer of 1894, and conceived his last two instrumental works simultaneously for viola and piano. The Sonata in E flat major is Brahms' last instrumental work. In this sonata he concludes his chamber music with one of his most poetic works.