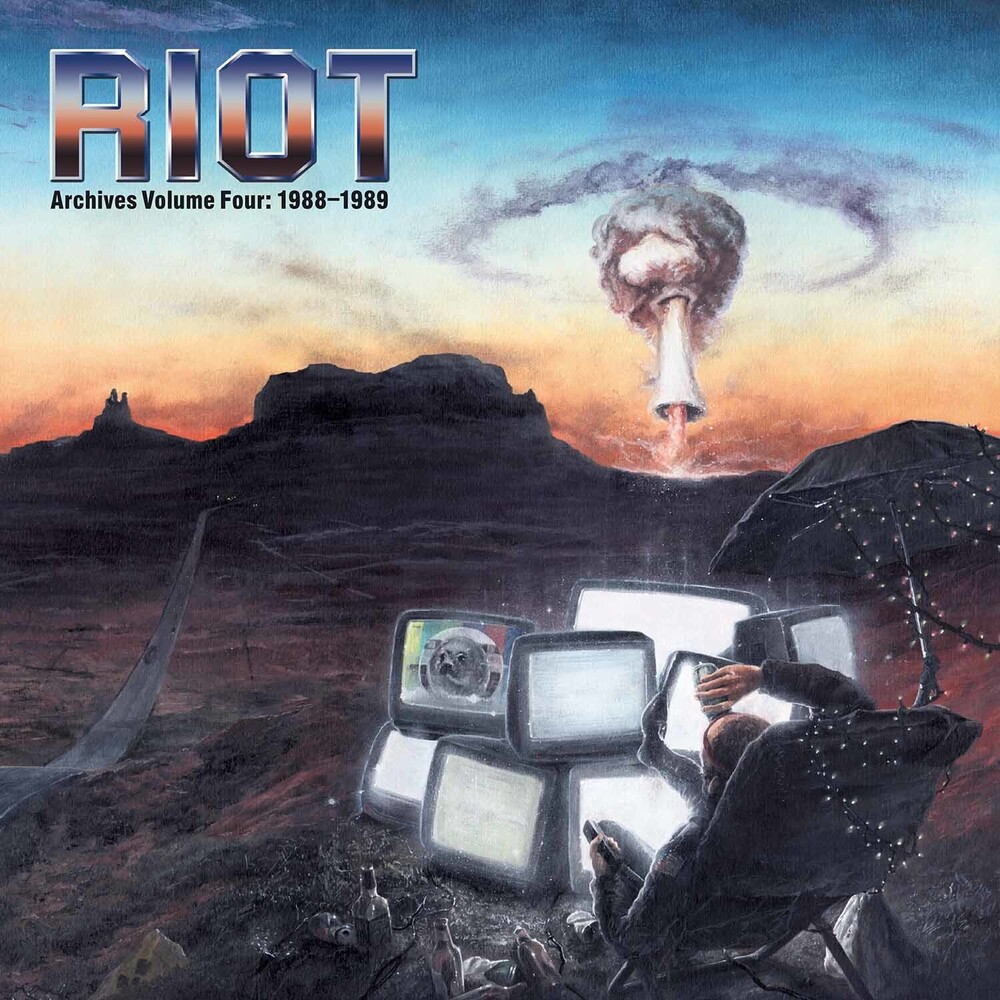 With songs like "On Your Knees", "Runaway","Storming The Gates Of Hell" or the striking "Killer" (with vocalist Tony Moore singing a duet with none other than the mighty Joe Lynn Turner) "Riot Archives Vol.4" contains the original demo versions of a lot of material which later ended up on "The Privilege Of Power" album (from 1990). Don Van Stavern compares the rough demo takes of the "Privilege Of Power" material (recorded in Texas) to the finished album versions (laid down in New York City): "The producers wanted to put a bunch of stars as guest musicians on the album, that was the deal, and they wanted to put horns on there. That was okay. But then they put the noise in-between each song, the little intros, and then a long intro. And then the song would finish and there would be another long intro. A lot of fans said: 'We just wanna hear the music, we don't wanna hear that.' That was one of the things we didn't really like about the finished version of "The Privilege Of Power". The horns were cool but we didn't like the bits and pieces in-between the actual songs."