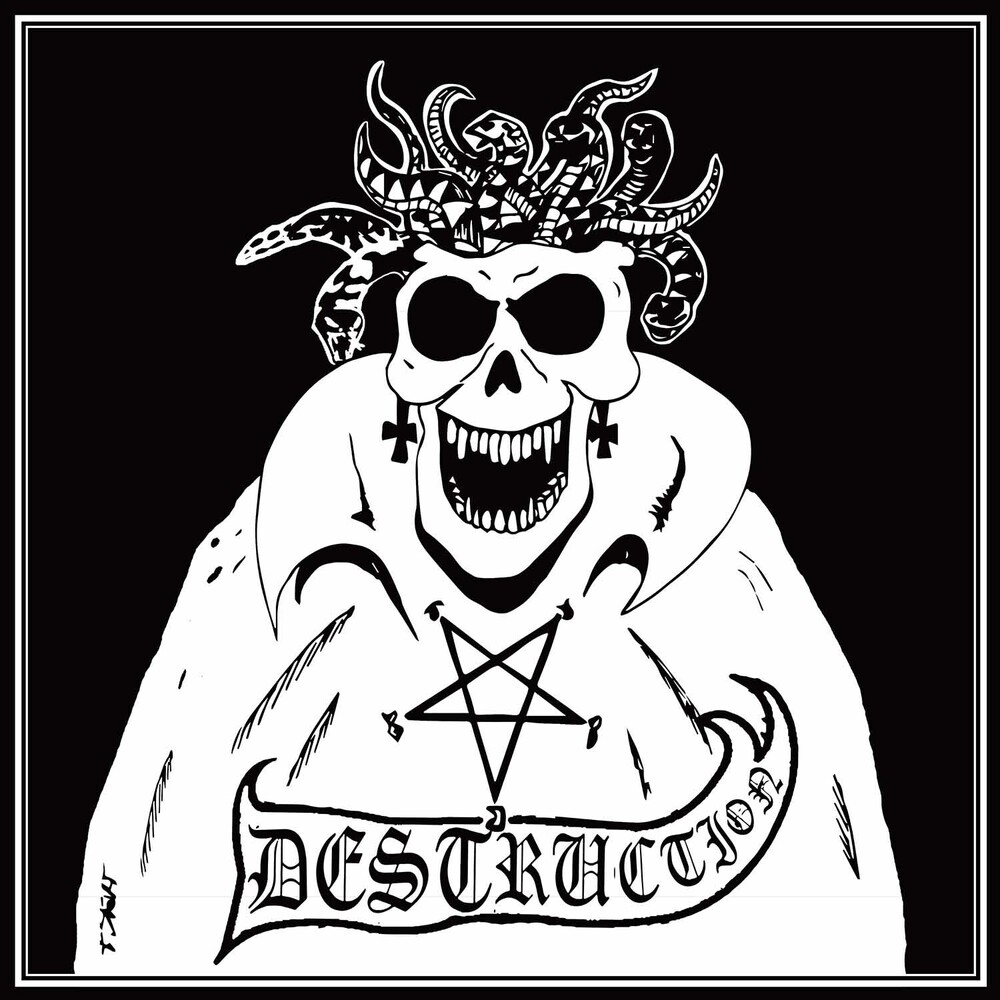 When Destruction started to meet up for regular rehearsals somewhere around 1982 it soon became clear that they had enough own material to present. "Our main influences were Exciter, Jaguar, Raven, Angel Witch, along with the whole New Wave of British Heavy Metal range and some oft the British punk rock, such as GBH and The Exploited! We loved the more extreme and speedy bands", remembers vocalist/bassist and founder member Schmier. "So we started banging along with our self-made chipboard axes and became a real band through our friendship and strive to discover new music together", adds main axeman and riff master Mike. When their noise finally started to sound recognizable they wanted a recording. The Bestial Invasion of Hell demo was recorded live within a few hours in a small studio in Staufen, which is close to Freiburg at the edge of the Black Forest - an hour ride from where Destruction was - and still is - based. The music was recorded raw and unproduced, just how they wanted. "But no, we did not expect that this would turn out to be the stepping stone for us", Schmier says. The tape was sent out to a few labels back then, and after the label folks at SPV heard the tape, they wanted them to come over to Hannover to discuss business. Schmier: "We signed a deal with the devil, but we had no idea at that time. We wanted to be heard and did not care about money and circumstances. So it took us 30 plus years to shake off the chains of what they called business" Nevertheless, this demo tape marked Destruction's first steps into the monkey business and firmly established Destruction in the small scene of 1983/84. The band occasionally let a cheap tape recorder roll to capture their fast progression in songwriting and it is on one of these historic tape recordings that we can now hear two more early incarnations of songs to later emerge on the classic debut album "Infernal Overkill": "Invincible Force" and "Death Trap". Yet more versions of "Antichrist" and "Total Desaster" complete this crude demo's demo for the discerning old-school headbanger