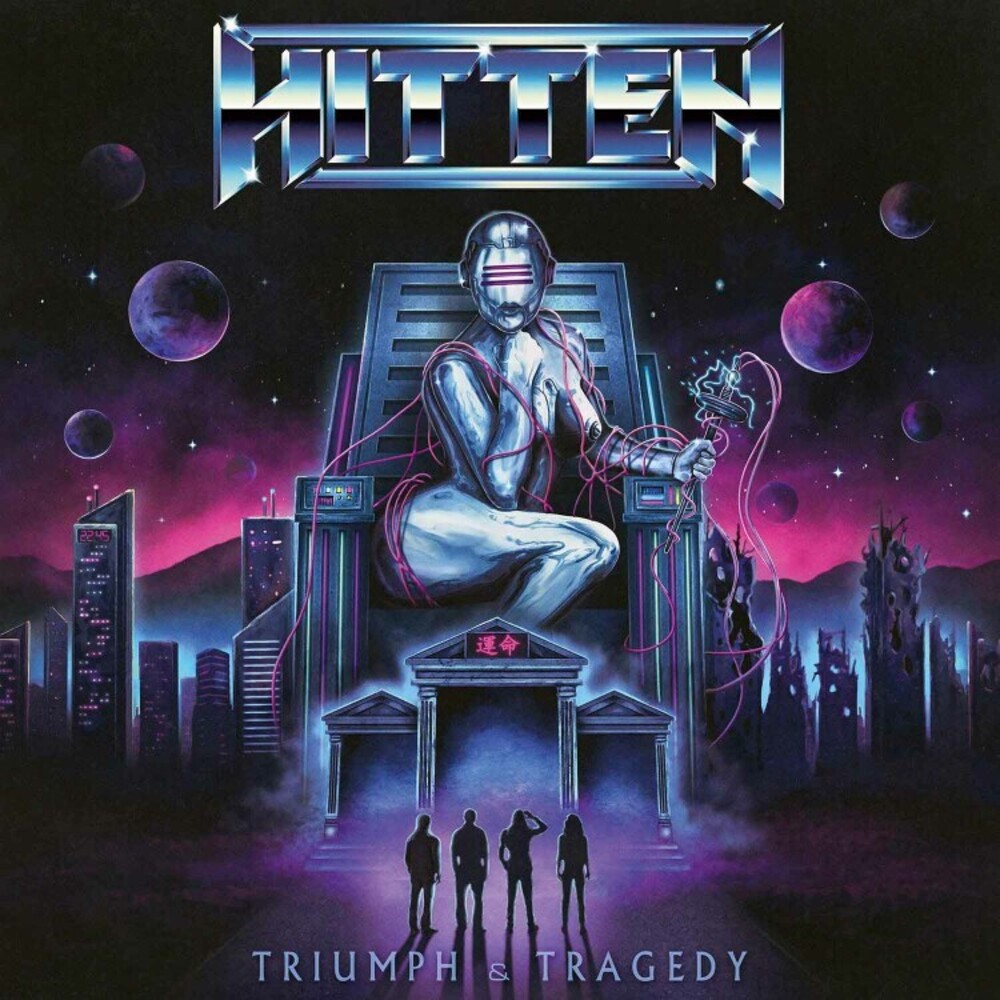 Hitten formed in 2011 in the city of Murcia in the South-East of Spain (near Alicante). The same year the band issued their first demo entitled "Darkness Queen". Two EPs and one full album entitled "First Strike With The Devil" (2014) followed, before Hitten signed to High Roller Records for their second full-length record "State Of Shock", which was released in 2016. It was a clear improvement on the band's rather naïve debut effort, altogether a more rounded effort. "Twist Of Fate, Hitten's second album for High Roller Records, saw the light of day in 2018 and was well-received by press and fans alike. "The reaction has been great and we're still very proud of "Twist Of Fate"," confirms singer Alexx Panza. "It helped us reaching out to new fans and has been appreciated by most of the old fans too. Despite the change of the singer, which is always problematic." "Triumph And Tragedy" is the natural evolution of the band's sound," Alexx Panza explains. "Where "Twist Of Fate" started bringing some hard rock vibe into Hitten's heavy metal, "Triumph And Tragedy" takes it one step further by enhancing this melodic, late 80s/early 90's approach to deliver a total hard 'n' heavy sound."