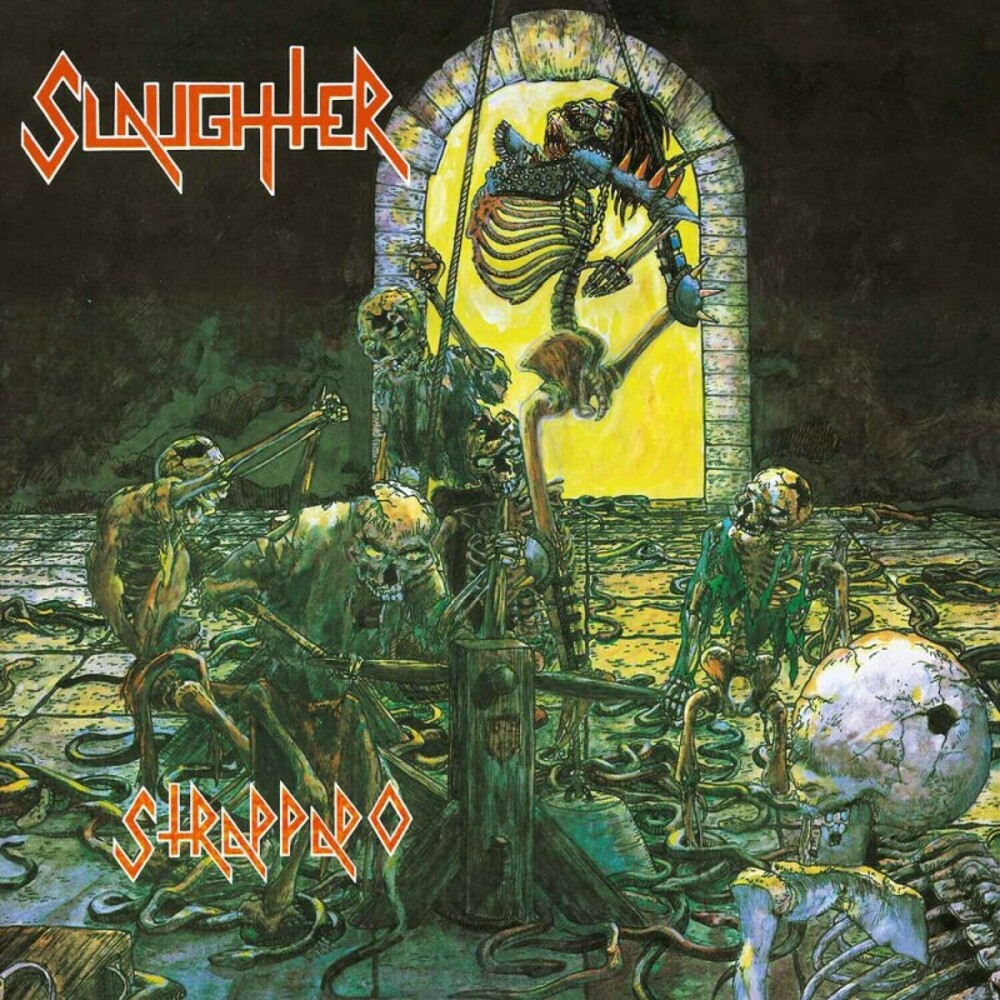 The band was formed in 1984. Three years later, in 1987, Dave Hewson (vocals, guitar), Terry Sadler (vocals, bass) and Ron Summer (drums) recorded the debut album "Strappado". "Strappado" is nowadays hailed as a ground breaking record of raw Thrash Metal sowing the seeds for the first wave of true Amercian Death Metal. Slaughter eventually broke up because they were fed up with the workings of the music industry (which speaks volumes of their integrity). Dave Hewson formed a new band called Strappado. In 1994, Slaughter had a very short-lived comeback covering Celtic Frost's "Dethroned Emperor" and then disappeared once more.