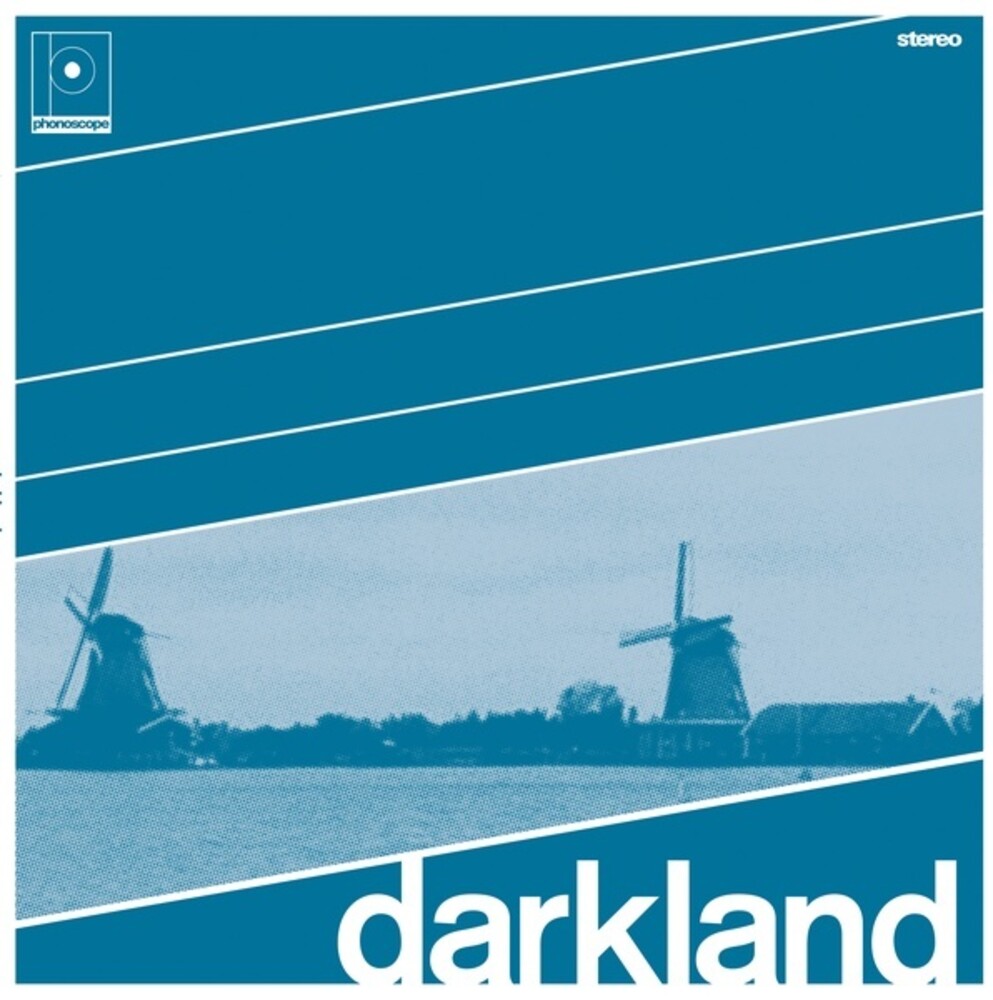 Maston's Darkland is a breezy collection of the material from the Tulips sessions that didn't make it on to the original LP. Originally a digital-only release for those in the know in the autumn of 2018, after re-issuing Tulips in 2020 it made too much sense for Be With to give Darkland a vinyl release. Like Tulips, Darkland was recorded mostly in Hoorn, in the Netherlands, between 2015-2017 during downtime from Frank's touring duties with Jacco Gardner's band. Bits were also done in Los Angeles on some extended trips back home. The collection plays like an alternate view of Maston's instant modern classic Tulips; a companion piece to the LP proper with similar mixture of shorter themes and more full length tracks. As Frank Maston explains: "I think Darkland is the shadow of Tulips in a way... what it might've been in a different universe. But the heart of Tulips beats in these songs as well and they evoke the same memories and feelings for me. I see my process playing out across these songs - lots of experimentation and trying out new techniques and sounds and just sort of going for it." Frank goes on: "It was all from the same pool of material, like 30+ ideas. I was making a lot of little demos... some would be more fleshed out and become songs and others would just be a cool riff and not go anywhere. When I started trying to form it all into an LP I went through all the sessions and ideas and collected the ones I thought were the most fleshed out and cohesive together as a whole. There were a fair amount of songs that were finished and in hindsight really should have been on Tulips (like what would've been the title track). And the rest of these songs are either very early versions of tunes that ended up on Tulips or some cool ideas that just ended up being dead ends. It definitely shows how wide my net was in the beginning before I narrowed the record down stylistically." Darkland opens with it's ornate 39 second title-track before striding into "Tulips", that full-length title-track that never was. It's a real head-nod, percussive-rich electric piano stunner that would've been a comfortable standout on the album proper. But now this "downlifting" gem is given ample room to shine on this record. The funky organ-led bass and drums workout "Immaculate Conception" will keep your neck gently snapping while MPC fiends go reaching for their sampler. And that's gospel. "Love Theme No 3" cuts a breathtakingly stylish vibra-slapped swathe through the middle of the opening side before we're startled by the pronounced bass and twinkling percussion of "The Owl In Daylight". Charming digi-drums underpin the wonky synth (quiet-)banger "Innovative Patterns" which has a lovely melodic switch-up in the final third before the tempo (and hairs on your neck) rise on the faintly creepy yet imminently groovy "Osiris". The gorgeously soft-focus "Groove Experiment No 3" closes out the first half in slow-mo wonderment. The lushly melancholic "Raincloud" ushers in side B before the emotionally-stirring "Phonic" taps at the door, coming on like the long lost sister to Pet Sounds' "Let's Go Away For A While". Next up, the swooning beauty "Love Theme No 2" keenly sways in front of you, growing ever more insistent and hypnotic. The too-short "Italian Summer" conjures the same flirtatious imagery as the title hints at whilst "Endless" is a fascinating "piano-pella" alternative version to "Rain Dance" from Tulips. "Wonder Theme" has a nostalgic, exotic 60s swing and album closer "Willow" is a hushed, campfire folk gem. The gently circular strumming is just magical.