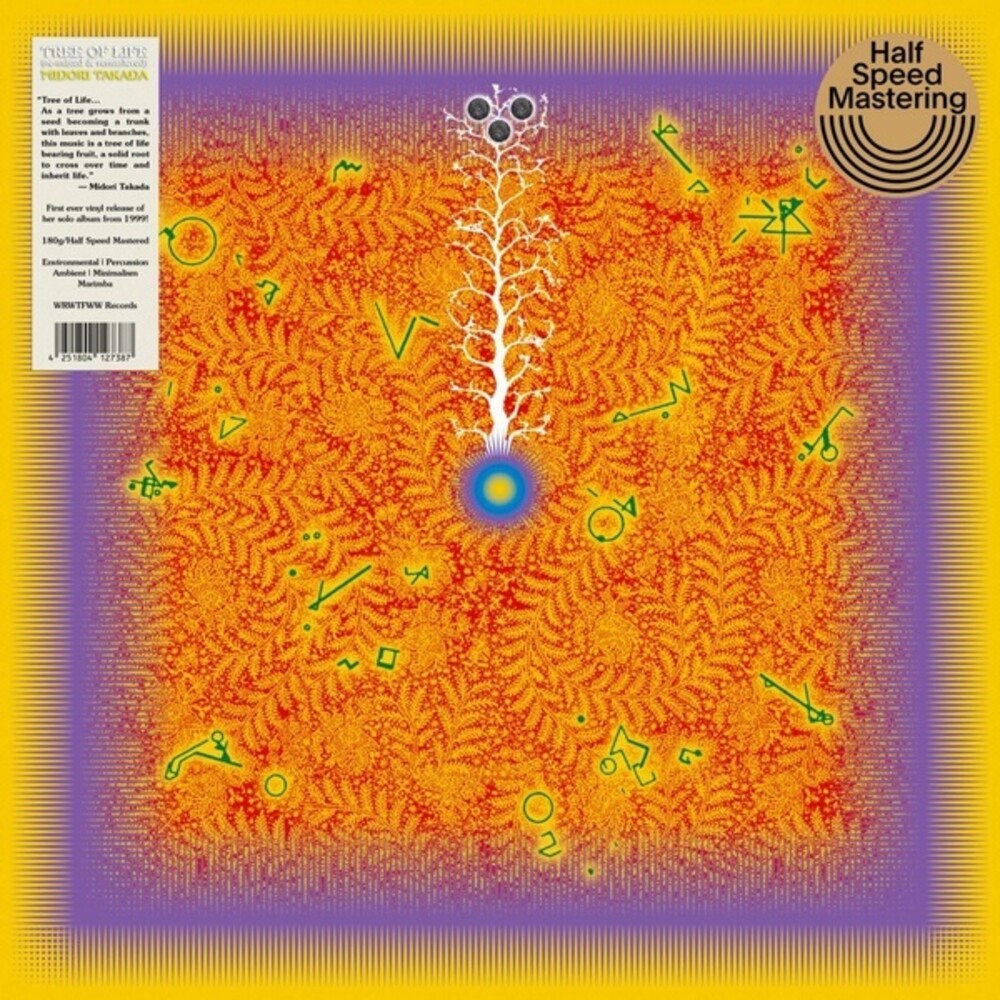 Vinyl LP pressing. Digitally remixed and remastered edition. Originally recorded in September 1998 at legendary Ginza (Tokyo) studio Onkio Haus and released on CD only for the Japan market in 1999, Tree of Life is Midori Takada's best kept secret, a lost gem of minimalism and percussive ambient. The album is separated in two parts, the first one finds Takada exploring her trademark environmental soundscapes with precise mastery of marimba, drums, and bells, notably on the magnificent fan-favorite "Love Song Of Urfa". The second half is a collaboration with Chinese virtuoso Erhu player Jiang Jian Hua, allowing Midori Takada to unveil new layers of her artistic mind with a slightly more theatrical approach and a beautiful crystallization of complex simplicity. The entire album was given a fresh new audiophile mix by Midori Takada herself and was mastered at Emil Berliner Studios, with half speed cutting for the vinyl version, to ensure an audio presentation aligned with the Japanese pioneer's vision.