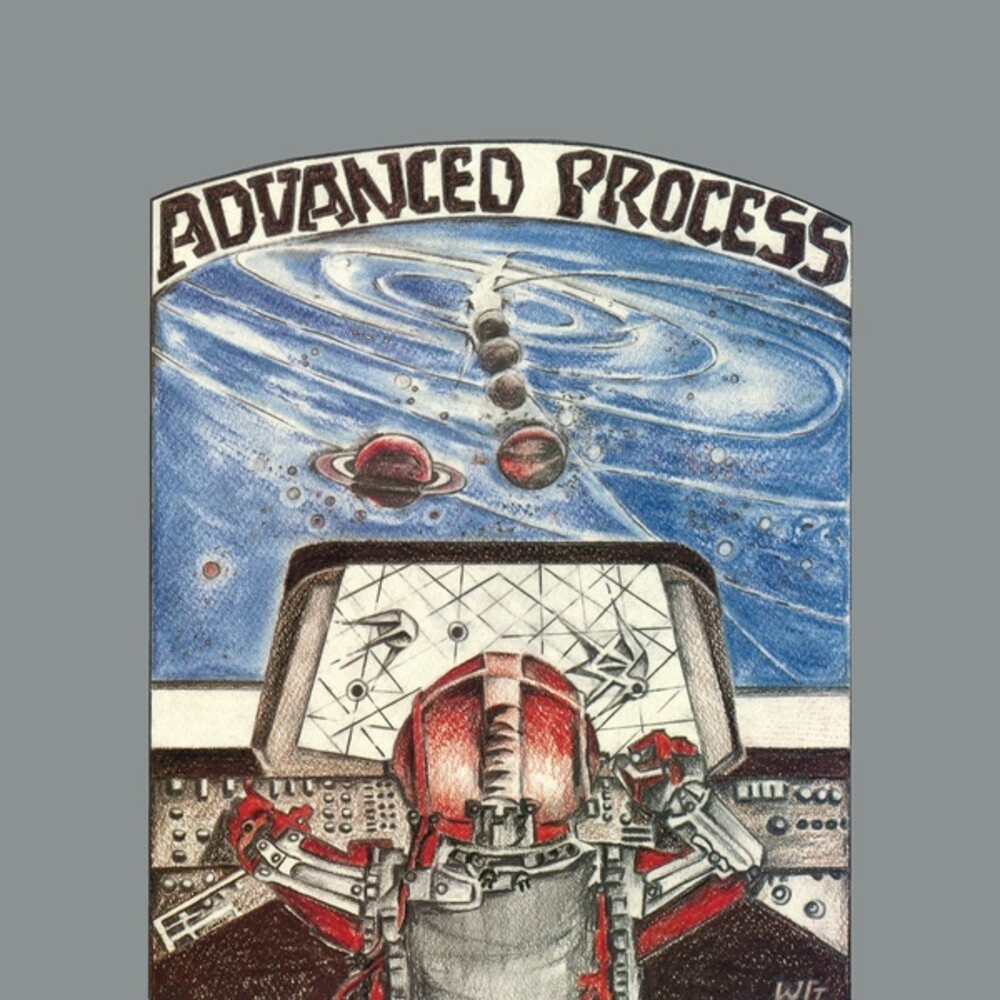 Heads have been after Otakar Olsaník and Jan Martis's Advanced Process for a long time. That's because 'coincidentally-cosmic disco' packed with spaced-out, smacky-synth dynamite tends to become sought-after. Originally slipping out on the mighty Coloursound in 1986, the label described the sound as 'contemporary synthesizer underscores played by computers; depicting future technologies in today's process.' If they'd just added 'acid-drenched', they'd have been closer to nailing it. The A-Side is totally beatless. It's also totally perfect. 'Atomic Plant 1' is a pulsing synth epic and could've easily soundtracked a stylish 80s thriller such as Thief or To Live And Die In LA. It's a narcotically enhanced meeting between John Carpenter and Steve 'Lovelock' Moore. 'Atomic Plant 2' adds extra squelch and proper early computer synth squiggles. This stuff is addictive and truly ace. The 3 part 'Fusion Point' showcases a dramatic and insistent industrial mood via a gripping sequencer pattern mixed with effects and accents. Menacing and magnificent. The trio of 'Nuclear Radiation' tracks veer majestically from a hypnotic sequencer pattern with a heavy dramatic tune to hectic patterns without much of a tune, managing nevertheless to maintain a hold on the listener. The drums enter proceedings on Side B and they're absolutely outstanding. Coming on like a slicker, heavier Johnny Jewel production, 20 years before Italians Do It Better, 'Regulators 1' marries the smoothest head-nod beat you can wish for, with a murky mechanical rhythm and phasing effects. After the stunning beatless version ('Regulators 2') the suuuupppper slo-mo 'Data Load' sounds like it's wading through the heaviest K-Hole and is all the more thrilling for it. 'Modem' is a brief and breezy funky bass and synth squiggle wonder, of the beatless variety. 'Robot Masters', would you believe, actually sounds like something those Daft Parisians would've sampled on Discovery, over 15 years later. An uptempo, optimistic track with a real strut; propulsive rhythms with dramatic synths, what can only be described as 'very-80s sounds' and digi-handclaps. The breathless 'Digiheart' double bill rounds things out, one with a dynamic driving rhythm and more slick-as-hell beats and the other without drums. Mental, brilliant and completely essential. As David Hollander, in Unusual Sounds: The Hidden History of Library Music, states, Coloursound was 'founded in 1979 by composer, music lawyer, and vibraphonist Gunter Greffenius. A Munich-based library with a reputation for releasing innovative and ambitious music, it catered largely to the market for experimental sounds, it's first release was 1980's Biomechanoid, an abstract synthesizer excursion by Joel Vandroogenbroeck, of the pioneering kosmische band Brainticket. The record - complete with imposing, anonymous title and unearthly H.R. Giger cover art - set the tone for the label's progressive leanings. The label's catalogue stands as a tribute to the unfettered creative license that libraries were able to provide to forward-thinking musicians who, frustrated by the whims and constraints of the commercial scene, found complete freedom in the world of production music.'