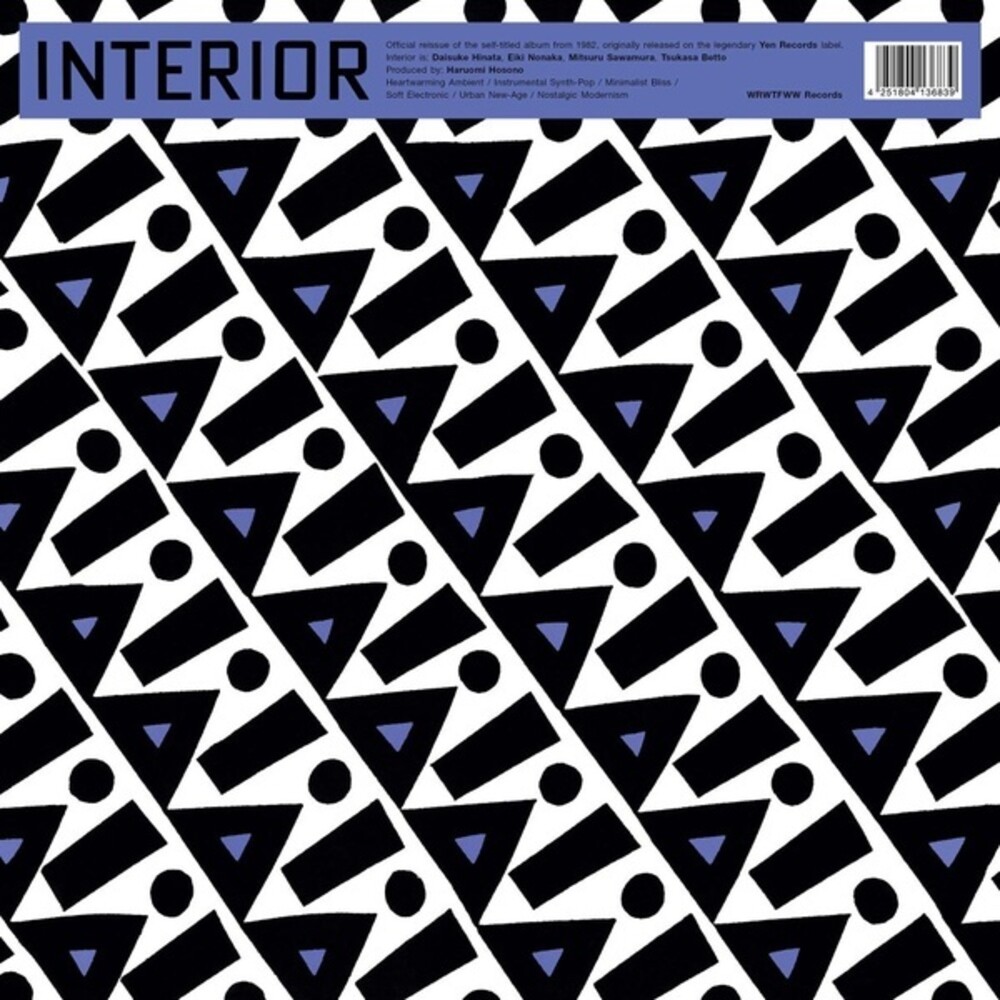 Vinyl LP pressing. WRWTFWW Records is very happy to announce the official vinyl reissue of the highly sought-after Haruomi Hosono-produced Interior self-titled debut, originally released in 1982 on legendary label Yen Records. Interior is Daisuke Hinata, Eiki Nonaka, Mitsuru Sawamura, and Tsukasa Betto. Their classic 1982 debut, produced by Yellow Magic Orchestra's Haruomi Hosono, is one of a kind - a very rare breed of feel-good ambient music blending instrumental synth-pop, soft electronic minimalism, and cozy sound design in the most heartwarming ways. It evokes the intimate pleasures of daydreaming in a hotel lobby, holding hands in a museum, or napping by the pool. It depicts the urban landscape as a caring environment, where simplicity and repetition is mind soothing and smile inducing. Interior takes you into an alternate reality, where nostalgic modernism makes the present time feel like the fondest memories.