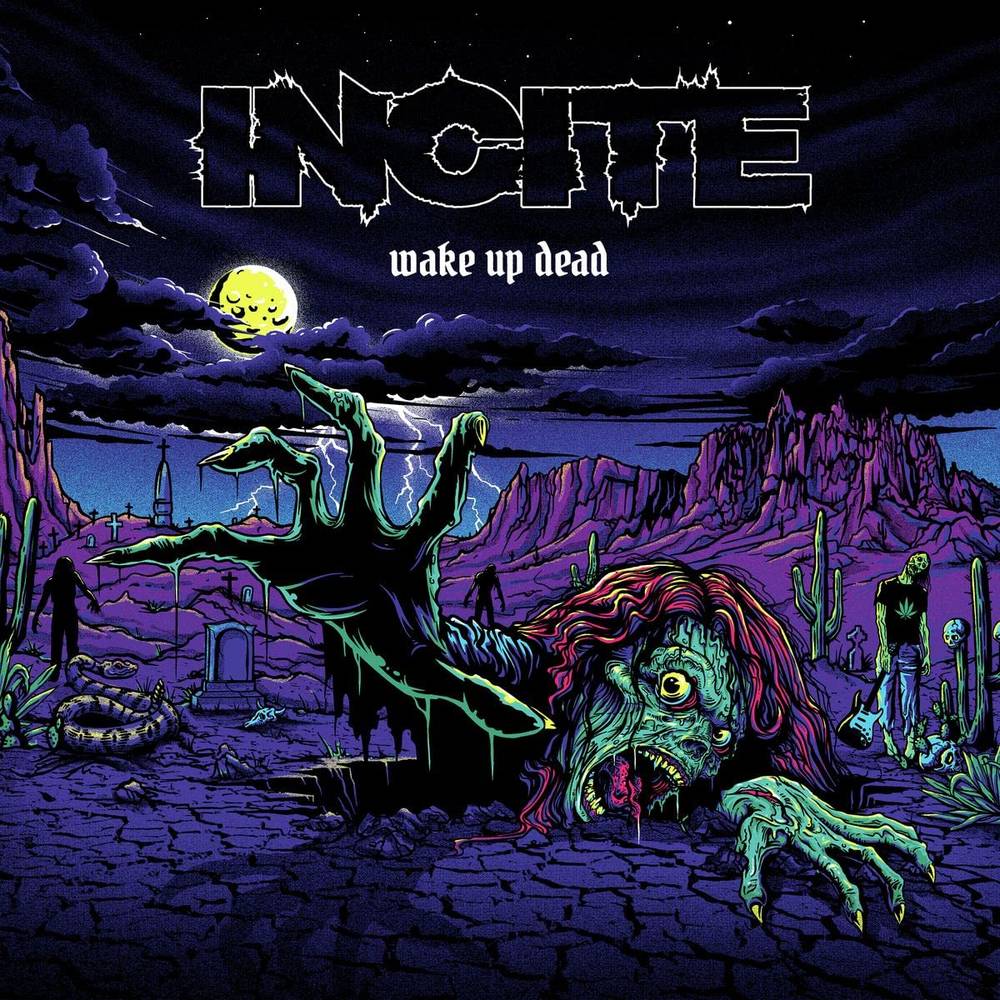 Arizona groove metal hotheads Incite finally set fire to the Old World. After five relentless albums coming down like a ten ton hammer and with an insane touring schedule under their belts, Richie Cavalera and his gang of misfits gear up for their Atomic Fire debut “Wake up dead”. This infectious collection of raucous new songs and remastered gems from their 15+ year career is once again proving that Incite indeed are the missing link between Machine Head and Lamb of God.

And no wonder, with a guy like this helming the enterprise: Richie Cavalera was simply born this way. He was baptized in a bar by Rob Halford’s devil horns when only a few days old, he’s the kid on the cover of legendary US thrashers Atrophy’s groundbreaking “Violent by Nature” album. With legendary metal manager Gloria Cavalera as mom and thrash forefather Max Calavera as stepdad, Richie was made for thrashing us. After starting Incite back in 2004, he gave it ample time to ripen and experimenting with a rotating cast of members before finally cooling off the forge and revealing the sizzling metallic beast that was years in the making.

For many years now, Incite are a visceral groove metal force to be reckoned with, the lovechild of Lamb Of God, Pantera and Machine Head. On their five albums “The Slaughter” (2009), “All Out War” (2012), “Up in Hell” (2014), “Oppression” (2016) and “Built to Destroy” (2019) they cemented their reputation as one of America’s leading groove armadas, heavily hitting home with their blend of old school thrash majesty, timeless groove, frantic aggression, melody, skill, and bravado! What began as a band of greenhorns driving around the States in a shitty van thrashing small clubs has over time evolved into a band with the potential, the passion and the power to become one of groove metal’s biggest acts.