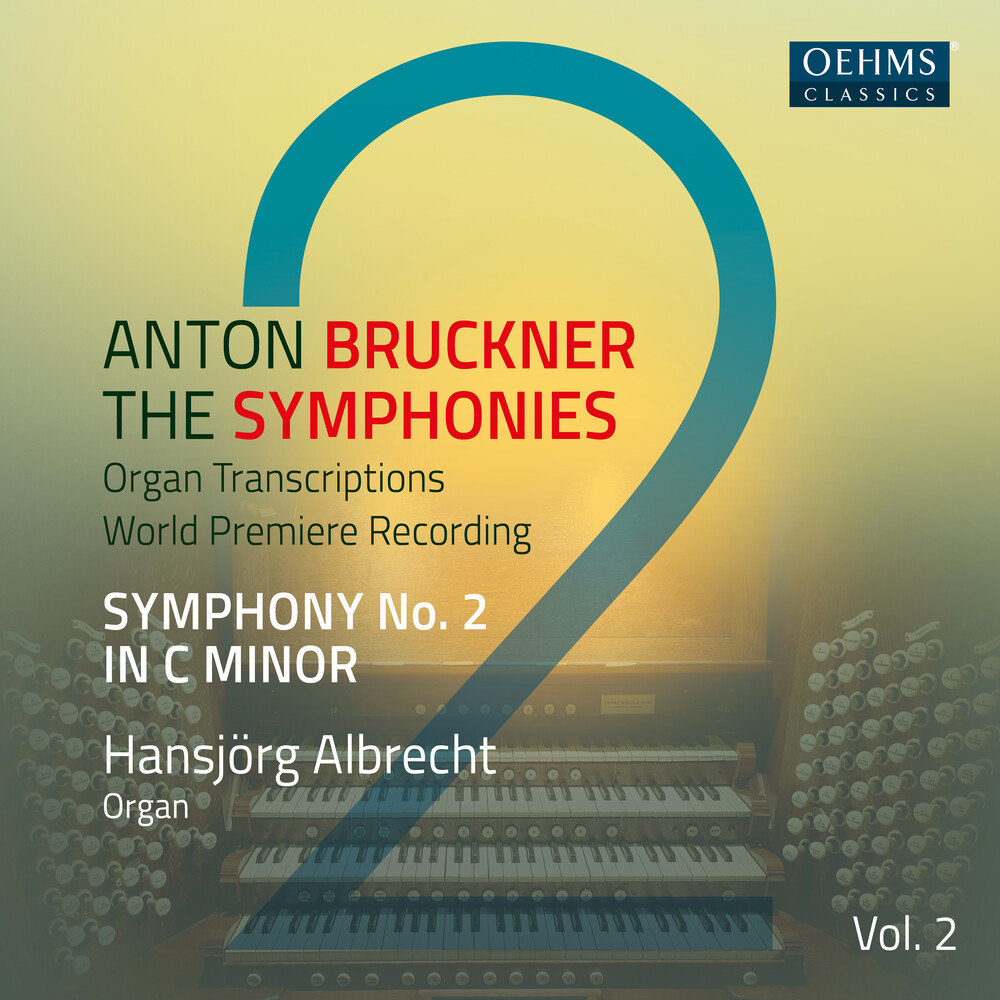 This series marks the 200th anniversary of the birth of Anton Bruckner, which falls in 2024. It's dedicated to Bruckner's symphonies, all recorded in new transcriptions for organ by Hansjörg Albrecht. The third recording was made on the impressive organ of London's Westminster Cathedral. A bonus track on each volume will be a brand new composition for organ that references Bruckner the composer. Two or three volumes will be released each year, with the project reaching it's conclusion in 2024. Hansjörg Albrecht is - besides Ton Koopman, Masaaki Suzuki, Martin Haselböck and Wayne Marshall - one of the few artists who are regularly present internationally both as conductor and concert organist. He is considered a musical innovator and lateral thinker without fear of contact. As a conductor, he consistently follows his own paths - between archive and new creation and with an extensive repertoire from Bach to Messiaen - and with his organ transcriptions he has established himself as a specialist among the virtuosos of his instrument. Hansjörg Albrecht is Artistic Director of the Munich Bach Choir & Bach Orchestra (founded in 1954 by the legendary Karl Richter). He also has a longstanding collaboration with the San Carlo Opera House in Naples, the Chamber Orchestra Moscow, the Staatskapelle Weimar and the CPE Bach Choir Hamburg. As conductor and organist he performs worldwide in the major music centers such as London, Paris, Vienna, Berlin, Prague, Rome, Moscow, Tokyo and New York and regularly collaborates with internationally renowned artists and orchestras. He also conducts opera productions in Naples and Dubai, among others, as well as ballet projects with the dance companies of Marguerite Donlon and Boris Eifman.