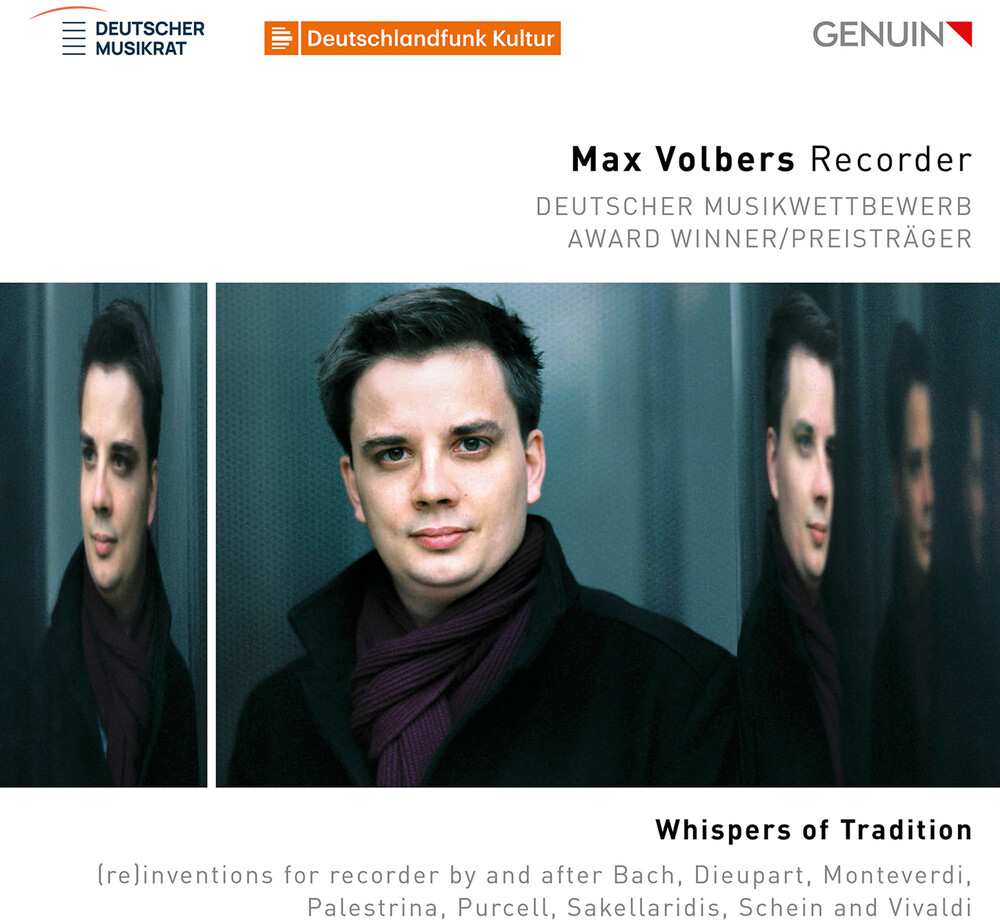 Musicians in the Baroque period had to reinvent themselves time and again: their repertoire was not fixed; instead, they improvised, adapted, and transcribed - something that was not seen as theft but as a high virtue! Recorder player Max Volbers, the winner of the 2021 German Music Competition, revives this tradition on his solo debut album with GENUIN: he gathers top-class musicians around him for the recording of his own arrangements, paraphrases, and pastiche of works by Bach, Monteverdi, and Vivaldi. Works that are partly familiar to us, but which we have never heard before, full of soul, inspired, and knowledgeably performed!