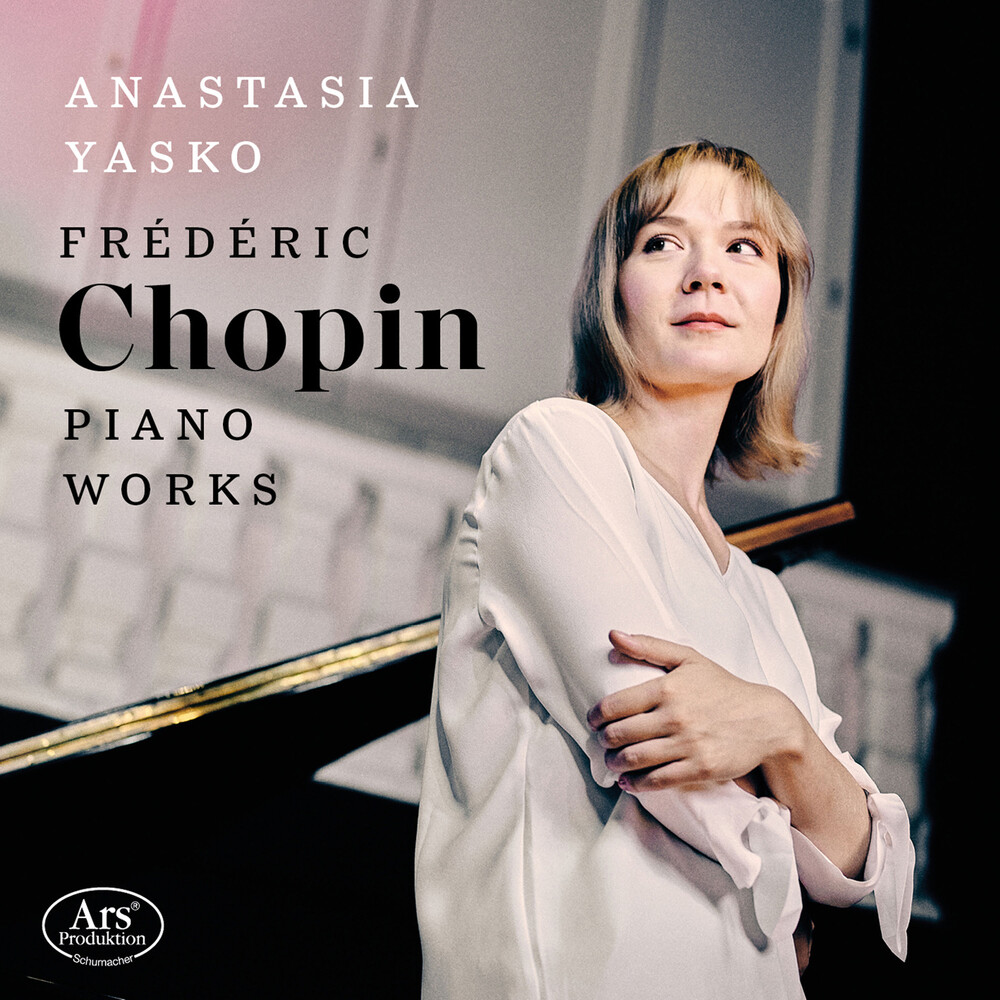 The Russian pianist Anastasia Yasko plays four important works by Frédéric Chopin which represent the different periods in his oeuvre: two polonaises - Andante spianato et grande polonaise brillante Op. 22 and Polonaise-Fantasie Op. 61, the last Ballade Op. 52 and the Sonata Op. 58. "... The music of Frédéric Chopin has always been very close to my heart. From my first years at music school and later at the Moscow Tchaikovsky Conservatory, I had a special attitude towards Chopin's music. For me, Chopin is an extremely 'pianistic' composer. He left behind more than 230 works, of which about 200 were composed exclusively for piano. But it is not only the high proportion of piano works that underlines this. In Chopin's works, the piano as an instrument represents an unmistakable, autonomous sound world, without any attempt to exceed the limits of the instrument or even to imitate other instruments. There is an almost immeasurable depth and a wide horizon in his music... One finds here everything that is so valuable for piano playing: a beautiful, quasi-vocal melodicism, which shows itself in every voice of his often polyphonic texture; the filigree brilliance of melodic passages; a particularly fine phrasing and pedaling. Chopin is often called a 'poet of the piano', but nevertheless he refrains from any particular program in his works, even despite the Romantic tradition of his time. His music speaks for itself and immerses the listener in a world of fantasy. Chopin composed in many different genres. Mastering both his complex monumental works and pianistically and musically highly intricate miniatures could be a lifetime task for any musician."