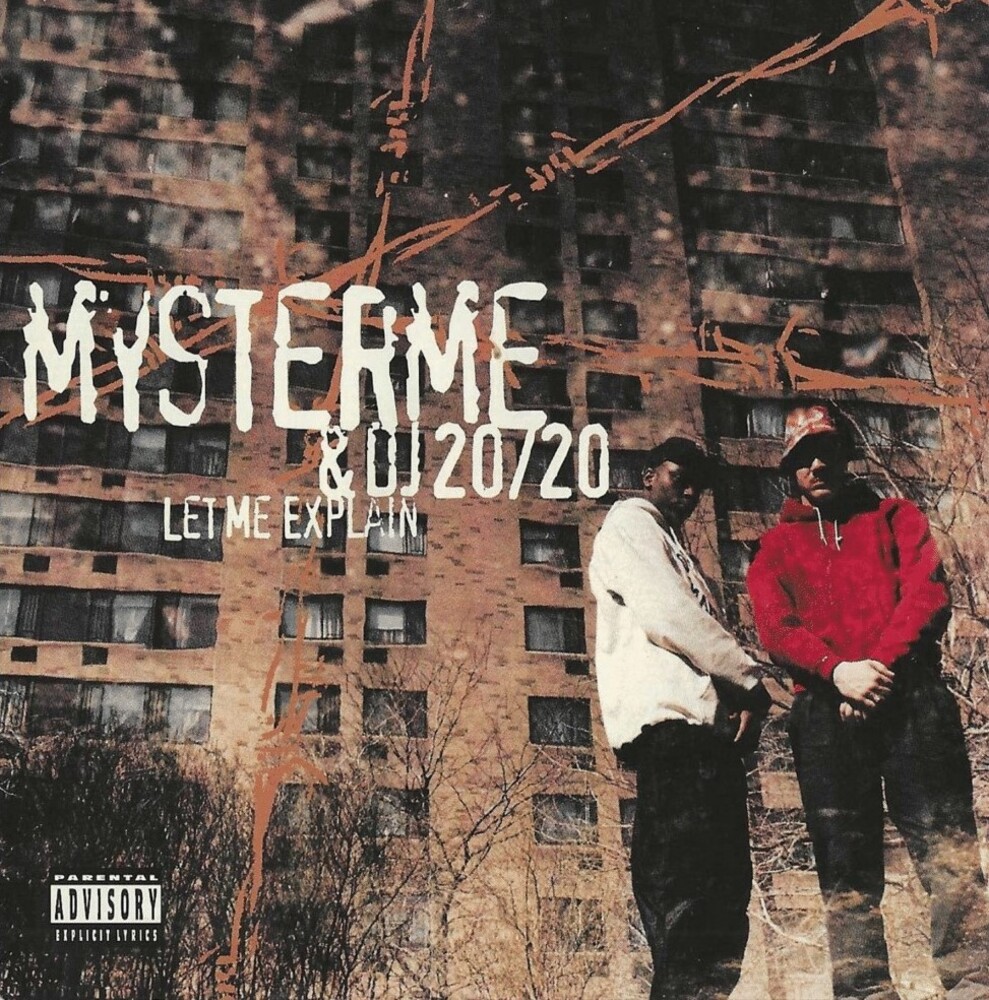 Pucho (aka Mysterme) grew up in the Bronx of Puerto Rican heritage; his early influences were old-school rap, especially Run DMC. He first met and worked with Lamar Gardner (aka DJ 20/20) when they attended South Bronx High School, one of the toughest schools in the country. Mysterme moved to San Francisco after graduation to find a record deal but after Joe Quixx produced his "Unsolved Mysterme" single, he moved back to New York, where DJ 20/20 had already produced some local hardcore rap. The duo began recording and were soon signed by Gee Street Records. Let Me Explain (1994) is autobiographical and showed the group as socially conscious hardcore rappers speaking out against violence on songs such as "Happy like Death" and "Playtime's Over." With the release of the album, Mysterme and DJ 20/20 establish their modus operandi as straight-up hard, no chaser, Boogie Down Bronx style. Now back in print in limited fashion of 250 copies only with 4 bonus tracks, including the original version of "Unsolved Mysterme" recorded in 1992! All tracks remastered by Jee Van Cleef!