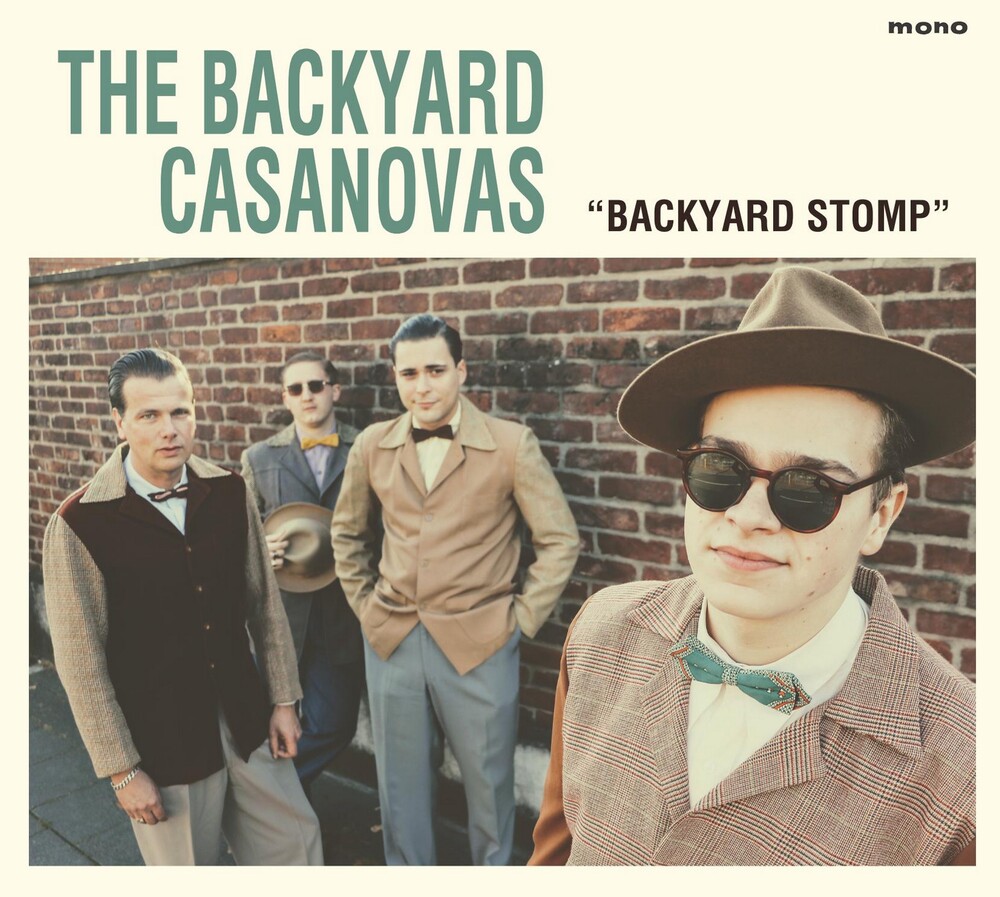 Setting their stall out for the first time is The Backyard Casanovas with Backyard Stomp. A debut album conceived after a few practice sessions, followed by a couple of live performances, before being captured on film by Bopflix Films, not to mention a few rounds of a local homebrew to ensure morale was at it's highest, to realise that there may just be something in this new project. While new may not be highly accurate when piecing together the details concerning The Backyard Casanovas because they have been a part of the 50's rhythm and blues scene for some time. Having founded during 2018 in Bonn, Germany, the four-piece band can normally be seen and heard supporting Cat Lee King with additional title bestowed to them "... and his Cocks". Therefore, with normal duties on vacation for the time being, The Backyard Casanovas position themselves under the spotlight for their debut album Backyard Stomp. Taking inspiration from delta-blues and leaning on heroes as Hound Dog Taylor or ramshackle rockabilly ramblings of Hasil Adkins for example, The Backyard Casanovas of Tommy J. Croole (Vocals/Lead Guitar), Sidney Ramone (Rhythm Guitar/Percussion), Lucky Luciano (Double Bass), and Rene Lieutenant (Drums) also know how to write a tune of their own with many songs being original compositions included on Backyard Stomp.