Harleckinz - From The Levels Below | RECORD STORE DAY 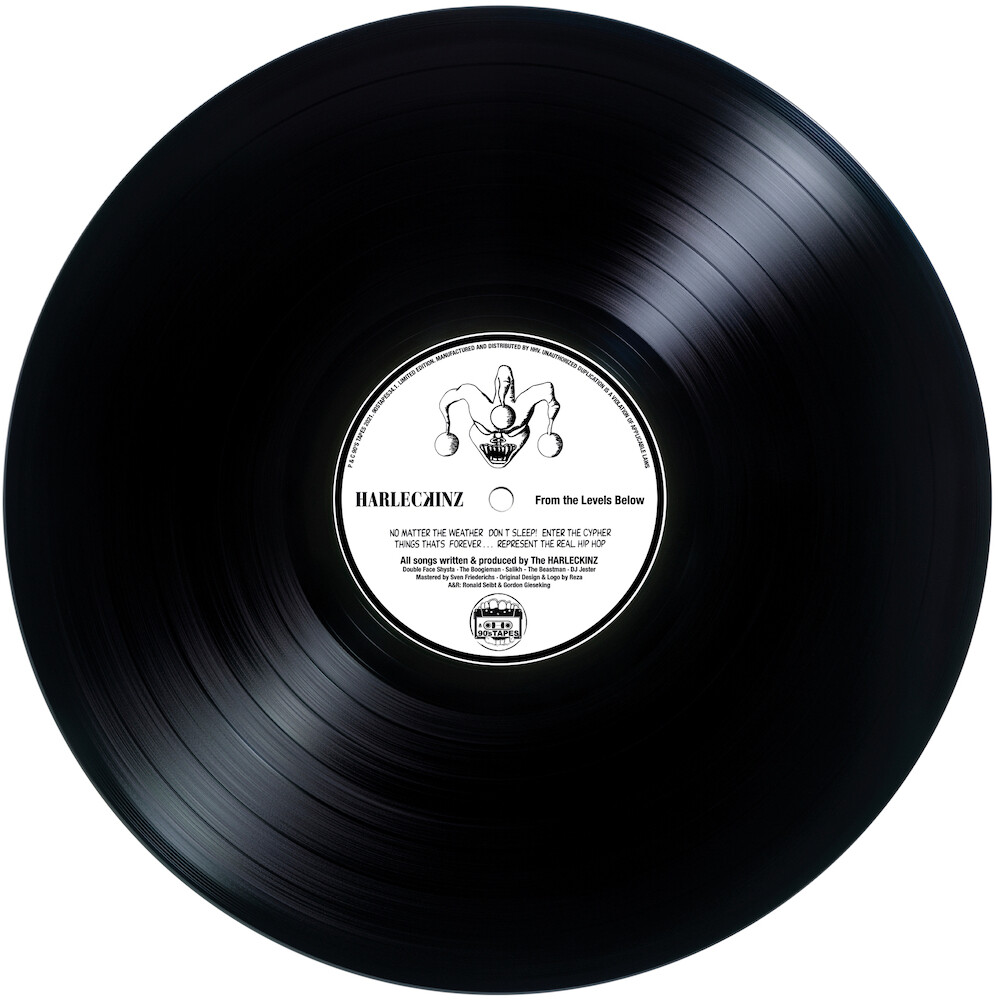 From The Levels Below
Artist: Harleckinz
Format: Vinyl
Vinyl

Vinyl LP pressing. Harleckinz was founded in 1989 in Berlin, Germany. The group consists of three rappers, as well as a D.J., aged 19-23. The Harleckinz are multicultural and multilingual with ethinical backgrounds: American (New York), German, Jamaican, Spanish, and Turkish. The music has potential to embrace an underground, as well as mainstram audience due to it's strong beats on one hand, and soulfoul, melodious accompaniment on the other hand. Lyrics and music are solely written / produced by the Harleckinz. As far as it is known, Harleckinz is the first German HipHop act seriously attempting to internationalize the rap music scene by intentionally seeking a record contract / career in the U.S. and simultaneously or subsequently promoting their anyhow made name throughout Europe's, precisely Germany's, flourishing HipHop community. The Harleckinz have performed in the U.S. and Germany with celebrities such as Grandmaster Flash and the Furious Five, K7, D.J. Kool Herc and Zhane (see performances). one of the best Hip Hop records ever been produced in Germany. Next to the vinyl reissue the release is also made available digitally for the very first time.