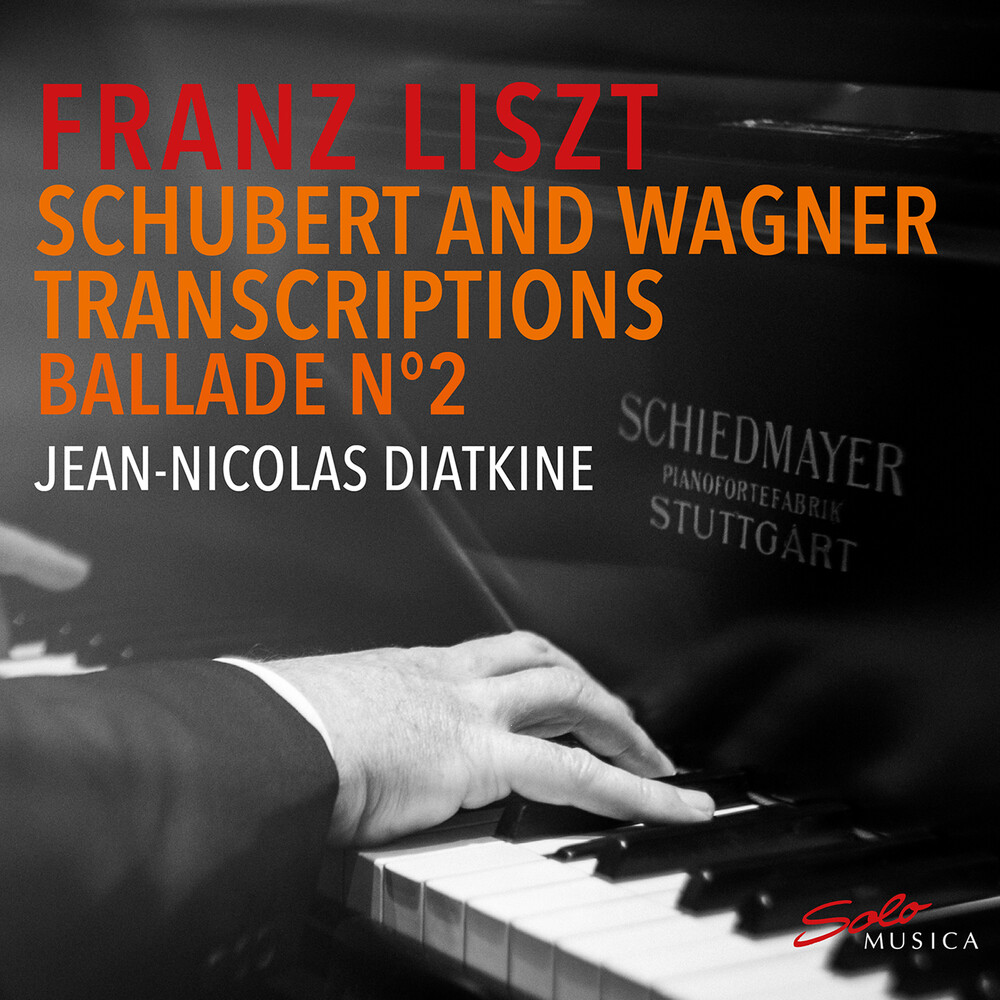 Some of Jean-Nicolas Diatkine's singer friends have ended their careers, but their magic is irreplaceable in his eyes, or rather in his ears. He misses them, just as he misses the Schubert, Schumann and Brahms songs they sang. Well, there is only one person who can compensate for this loss, and his name is Franz Liszt. The main aim of transcriptions was to make orchestral works known to a wider audience, at a time when there were far fewer orchestras, and public access to symphony concerts was very limited. But Liszt gives transcriptions a new meaning: he puts the orchestra into the piano, since his style is particularly suited to outsized extravagance. Thus he opens up unprecedented pianistic possibilities, where virtuosity is no longer mere exhibitionism but rather transformed into the art of illusion. His arrangements of Wagner are so convincing that they become his own personal creations. Laurent Bessières, piano tuner at the Paris Philharmonic, suggested for this recording a Schiedmayer piano of 1916 made in Stuttgart, which he had completely rebuilt in collaboration with Antoine Letessier-Salmon, director of the French National Centre for Scientific Research, and Stephen Paulello, piano maker and inventor of the strings that bear his name. This instrument has almost never been used in concert, however excellent work by Laurent Bessières convinced us to try it out in this very special repertoire.