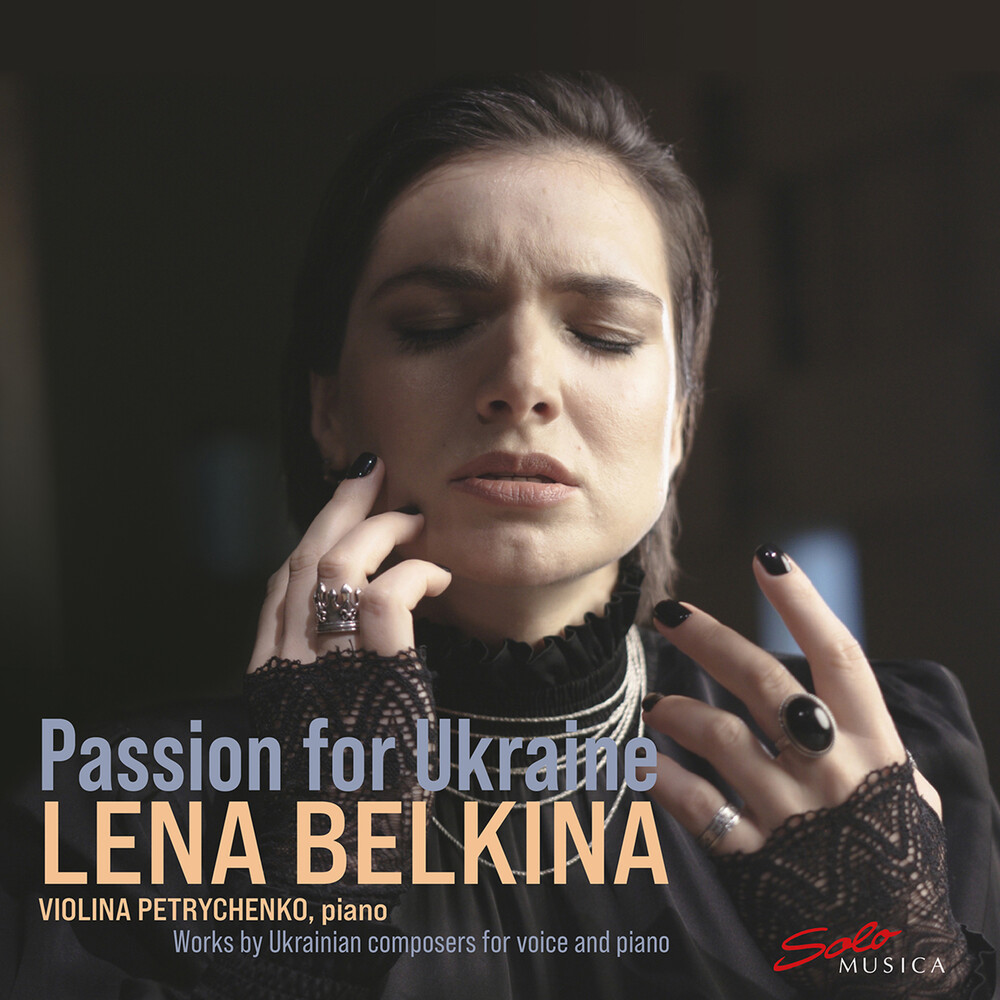 The Ukrainian folk song is unquestionably a unique phenomenon. No nation in history has amassed such a wealth of songs as those created by the Ukrainian people. UNESCO has an impressive audio library of folk songs from all over the world. The Ukrainian contribution amounts to some 15,500 songs and is far and away the biggest collection in the library. Folk music in the Ukrainian language originated in the 9th century at the time when Kyivan Rus was founded; the authors of the texts of most songs have long since been forgotten. Over the years, many composers researched and arranged them, principally for voice and piano, and transformed them into "Romances", art songs, like German Lieder. The program includes 15 songs: three romances by four composers and three folk songs. Each work has accompanied the artist's life in one way or another, so it has a special meaning for Lena Belkina. Many of the works on this album are being recorded for the first time - and this is a great opportunity to discover Ukrainian music, it's character, it's temperament, it's melodic language and the influence of time upon it. The program is emotional and multi-faceted and would not have sounded so authentic without the pianist Violina Petrychenko. She is making Ukrainian piano music known around the world, recording composers like Kosenko, Revutskyi, Barvinskyi and other artists little known in the wider world. This duet is a union of opposites that are brought together to complement one another, to reflect personal strength and passion for music. The artists united by a common goal - showing Ukrainian art full of love for their country to the whole world.