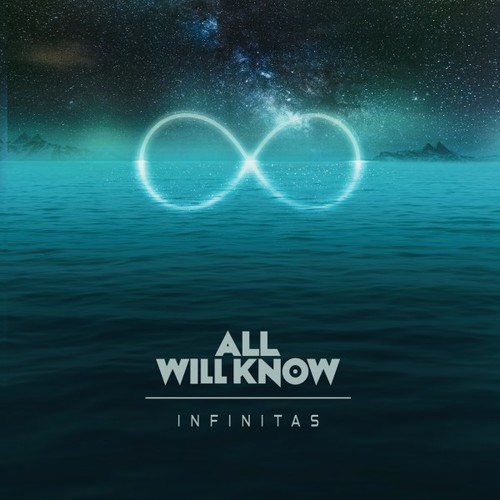 2017 release. What is beyond the horizon? All Will Know have a clear vision: innovative and contemporary melodic metal! The six guys from Darmstadt blend their sound with a good dash of old school attitude and electronic influences. The recipe works: more than a hundred shows and festivals played since 2010, as well as gigs in Spain, Poland, the Czech Republic, the Netherlands and Switzerland (i.a. with Amorphis, Xandria, Debauchery or Emil Bulls) bear witness to the intoxicating impact of this musical tonic that regularly merges the band and their fans into a wildly partying unity. And with Contact (2012) and Deeper Into Time (2015), All Will Know are already looking back on two successful album releases. With their third studio album Infinitas, All Will Know are proving once more that the source of their creativity is still sputtering without restraint. Accompanied by gentle orchestral sounds, the sextet navigates the listener deep into the infinite soundscapes of the new oeuvre, until mighty swells of melo-death pool forces with roaring riffs, stormy beats and electronic currents to form a sonic typhoon, that will cast them far out onto an ocean of power and melody. In twelve new tracks, All Will Know explore progressive passages, multilayered vocal harmonies and are carried to new shores by artful rhythms and virtuosic solos, while singer Frank Richter's dynamic vocals vary between the low, gurgling sound of a furiously raging wave and the pure, clear fade away of a soft sea breeze. And for the finale: An unplugged reggae version of "Deeper Into Time"!